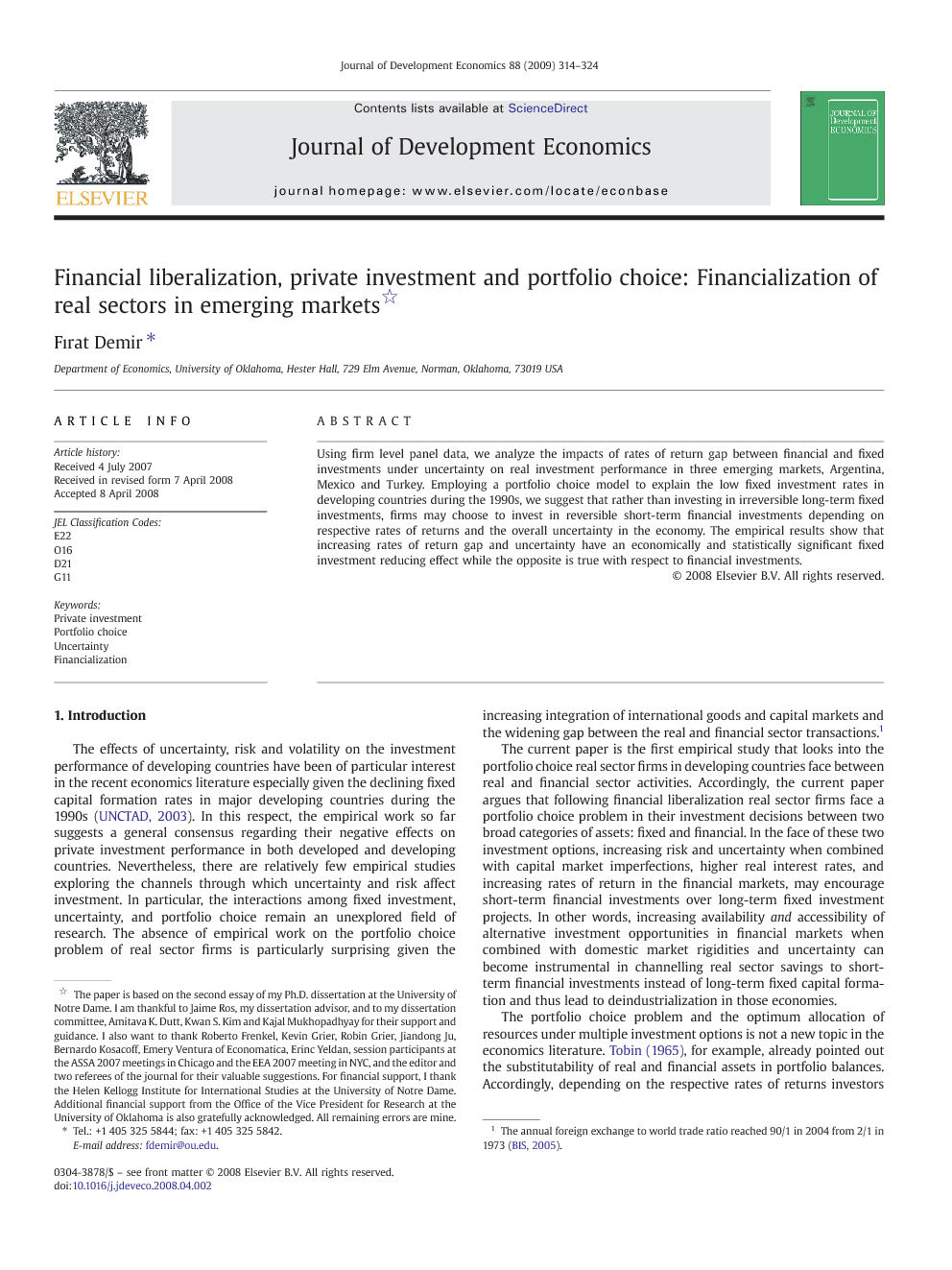 The empirical findings in this study suggest that real sector firms in developing countries take into account alternative investment opportunities in financial markets when making their decisions on physical investment. Accordingly, rather than investing in irreversible long-term fixed investment projects, firms may choose to invest in reversible short-term financial investments depending on respective rates of returns, the overall uncertainty and risk, the presence of credit bottlenecks, and profitability squeeze. This finding also provides some empirical support to the view that successful development strategies require mechanisms to “both encourage and discipline private investors by raising profits above those generated by competitive market forces, and active policies to ensure those profits found outlets that would add to productive capacity, create jobs and help technological progress” (UNCTAD, 2003, p.64, emphasis is ours). The results also underline certain differences across emerging markets regarding the determinants of fixed and financial investment decisions of real sector firms as well as the presence of financialization. Overall, the experiences of Argentina, Mexico and Turkey suggest that the policy makers in all three countries may need to consider a new strategy to link short-term distortions or disequilibria with the medium and long-term domestic development objectives with special attention given to the determinants of productive investment. In particular, we suggest that there is a need to reorganize the financial system in such a way that domestic (and foreign) savings are directed towards productive investments instead of financial ones. For this objective, our key policy recommendations include: a) providing macro and microeconomic stability; b) reducing real interest rates; c) opening up long-term credit channels for fixed investment; and d) eliminating public finance problems. For further research, we need to repeat the analysis with other countries to determine whether the findings are limited only to these three countries and whether there are any differences between developed and developing countries with respect to the portfolio approach to investment.