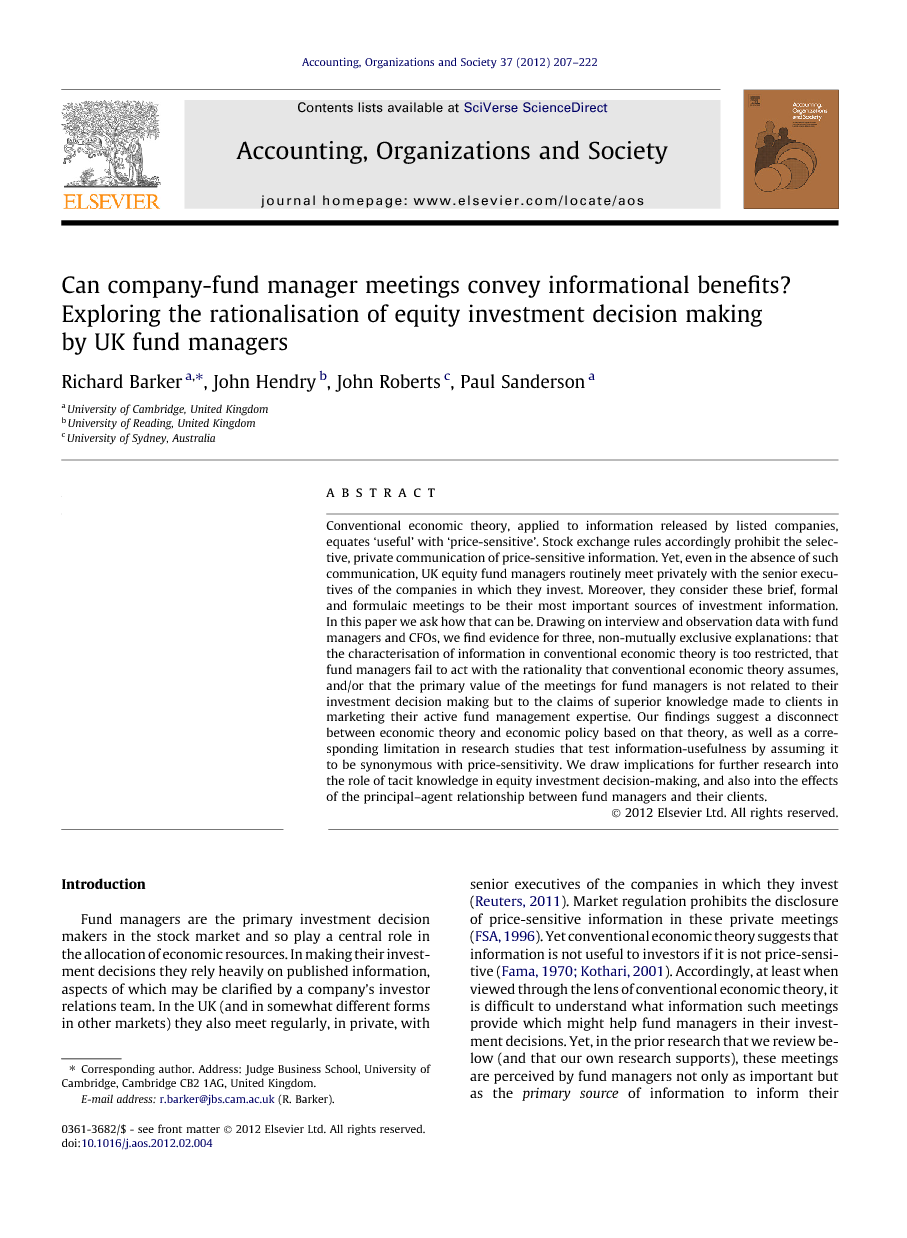 Conventional economic theory, applied to information released by listed companies, equates ‘useful’ with ‘price-sensitive’. Stock exchange rules accordingly prohibit the selective, private communication of price-sensitive information. Yet, even in the absence of such communication, UK equity fund managers routinely meet privately with the senior executives of the companies in which they invest. Moreover, they consider these brief, formal and formulaic meetings to be their most important sources of investment information. In this paper we ask how that can be. Drawing on interview and observation data with fund managers and CFOs, we find evidence for three, non-mutually exclusive explanations: that the characterisation of information in conventional economic theory is too restricted, that fund managers fail to act with the rationality that conventional economic theory assumes, and/or that the primary value of the meetings for fund managers is not related to their investment decision making but to the claims of superior knowledge made to clients in marketing their active fund management expertise. Our findings suggest a disconnect between economic theory and economic policy based on that theory, as well as a corresponding limitation in research studies that test information-usefulness by assuming it to be synonymous with price-sensitivity. We draw implications for further research into the role of tacit knowledge in equity investment decision-making, and also into the effects of the principal–agent relationship between fund managers and their clients.