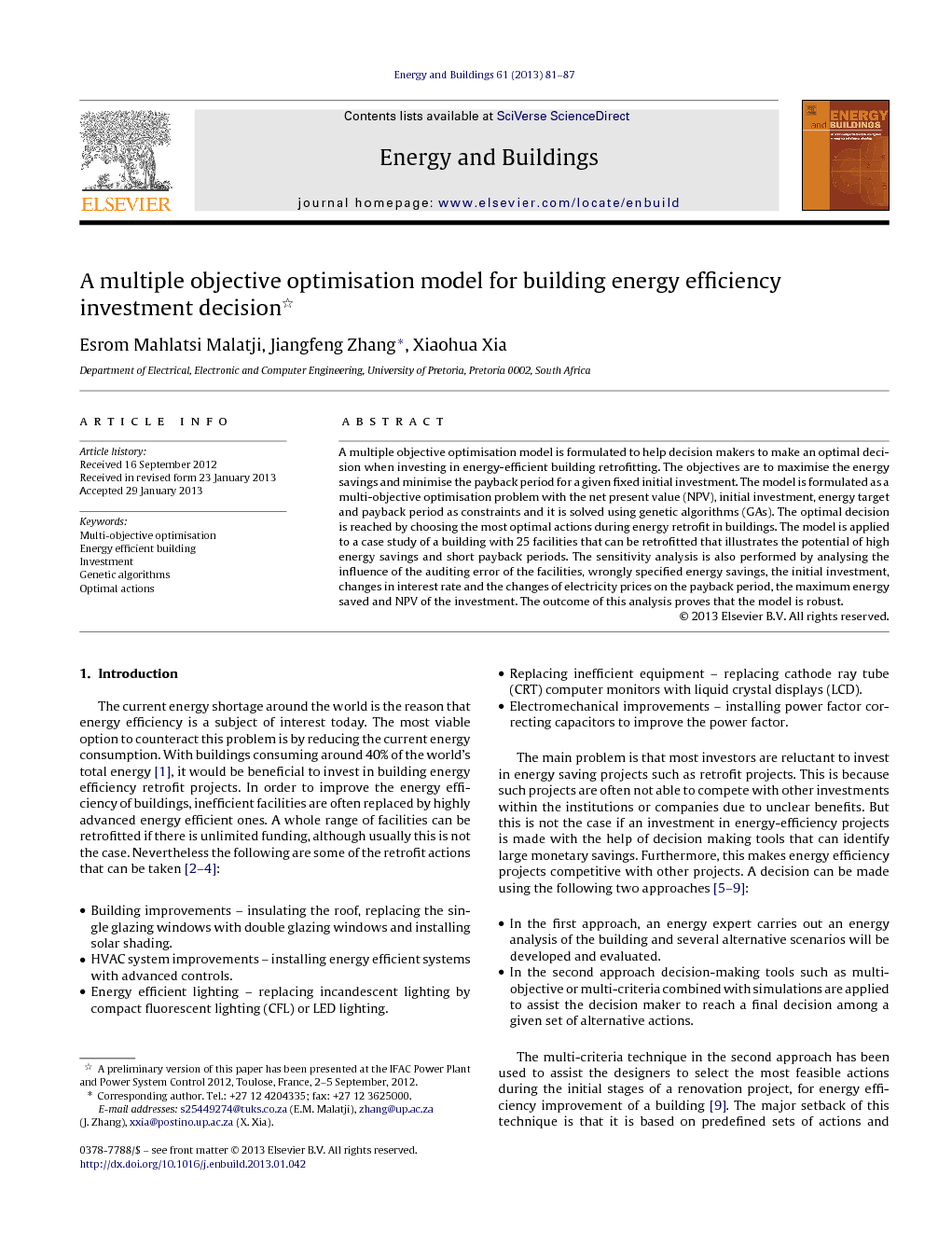 A multiple objective optimisation model is formulated to help decision makers to make an optimal decision when investing in energy-efficient building retrofitting. The objectives are to maximise the energy savings and minimise the payback period for a given fixed initial investment. The model is formulated as a multi-objective optimisation problem with the net present value (NPV), initial investment, energy target and payback period as constraints and it is solved using genetic algorithms (GAs). The optimal decision is reached by choosing the most optimal actions during energy retrofit in buildings. The model is applied to a case study of a building with 25 facilities that can be retrofitted that illustrates the potential of high energy savings and short payback periods. The sensitivity analysis is also performed by analysing the influence of the auditing error of the facilities, wrongly specified energy savings, the initial investment, changes in interest rate and the changes of electricity prices on the payback period, the maximum energy saved and NPV of the investment. The outcome of this analysis proves that the model is robust.