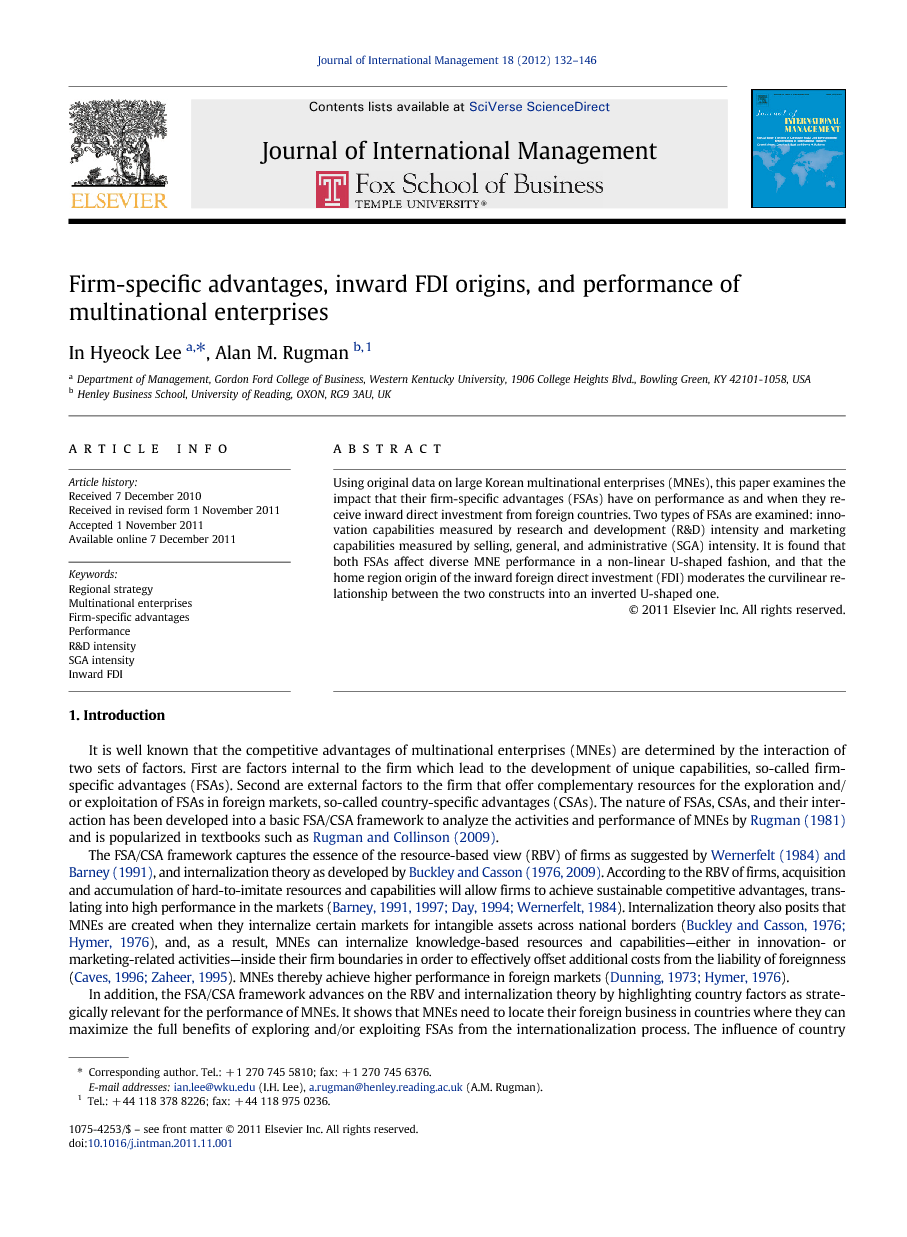 Using original data on large Korean multinational enterprises (MNEs), this paper examines the impact that their firm-specific advantages (FSAs) have on performance as and when they receive inward direct investment from foreign countries. Two types of FSAs are examined: innovation capabilities measured by research and development (R&D) intensity and marketing capabilities measured by selling, general, and administrative (SGA) intensity. It is found that both FSAs affect diverse MNE performance in a non-linear U-shaped fashion, and that the home region origin of the inward foreign direct investment (FDI) moderates the curvilinear relationship between the two constructs into an inverted U-shaped one.