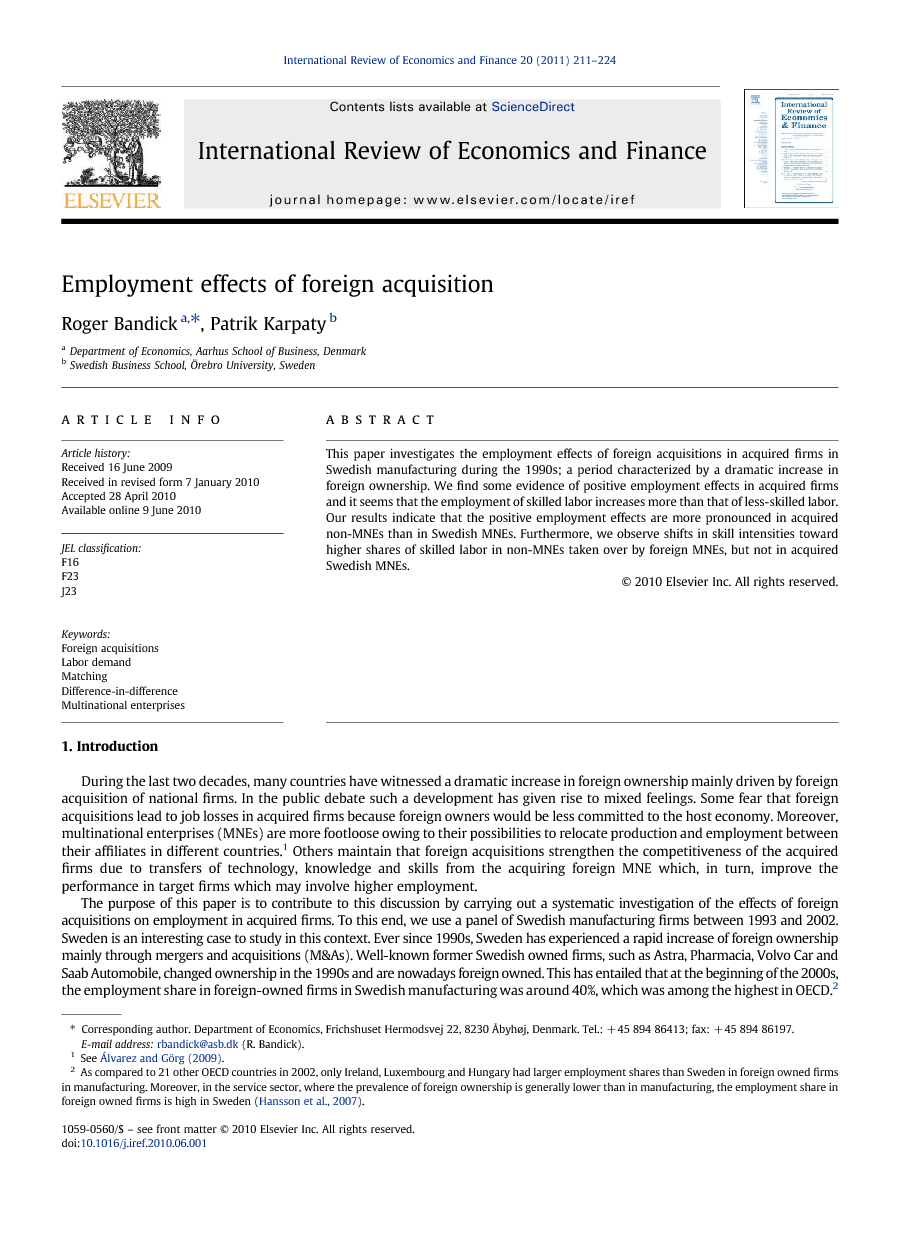 In the 1990s, the employment share in foreign-owned firms in Swedish manufacturing has grown spectacularly. To examine the employment effects in firms that have become foreign owned in the 1990s, we utilize propensity score matching technique with difference-in-difference estimation and as an alternative estimation strategy we implement an instrumental variable approach. We allowed these effects to be different for less-skilled and skilled employees. Moreover, we argue that the effect may be smaller in firms already engaged in international networks. Therefore, we also allowed for differential impact on employment due to acquisitions of Swedish MNEs and acquisitions of non-MNEs. Our analysis gives no support to the worries that foreign acquisitions may lead to job losses in acquired firms. If anything, there are some indications of positive employment growth in acquired non-MNEs, especially of skilled labor. This may be due to technology transfers from the acquiring foreign MNEs that lead to skilled-biased technical change in acquired non-MNEs. In Swedish MNEs taken over by foreigners, there appear also to be positive employment effects. However this effect is much smaller than in acquired non-MNEs.