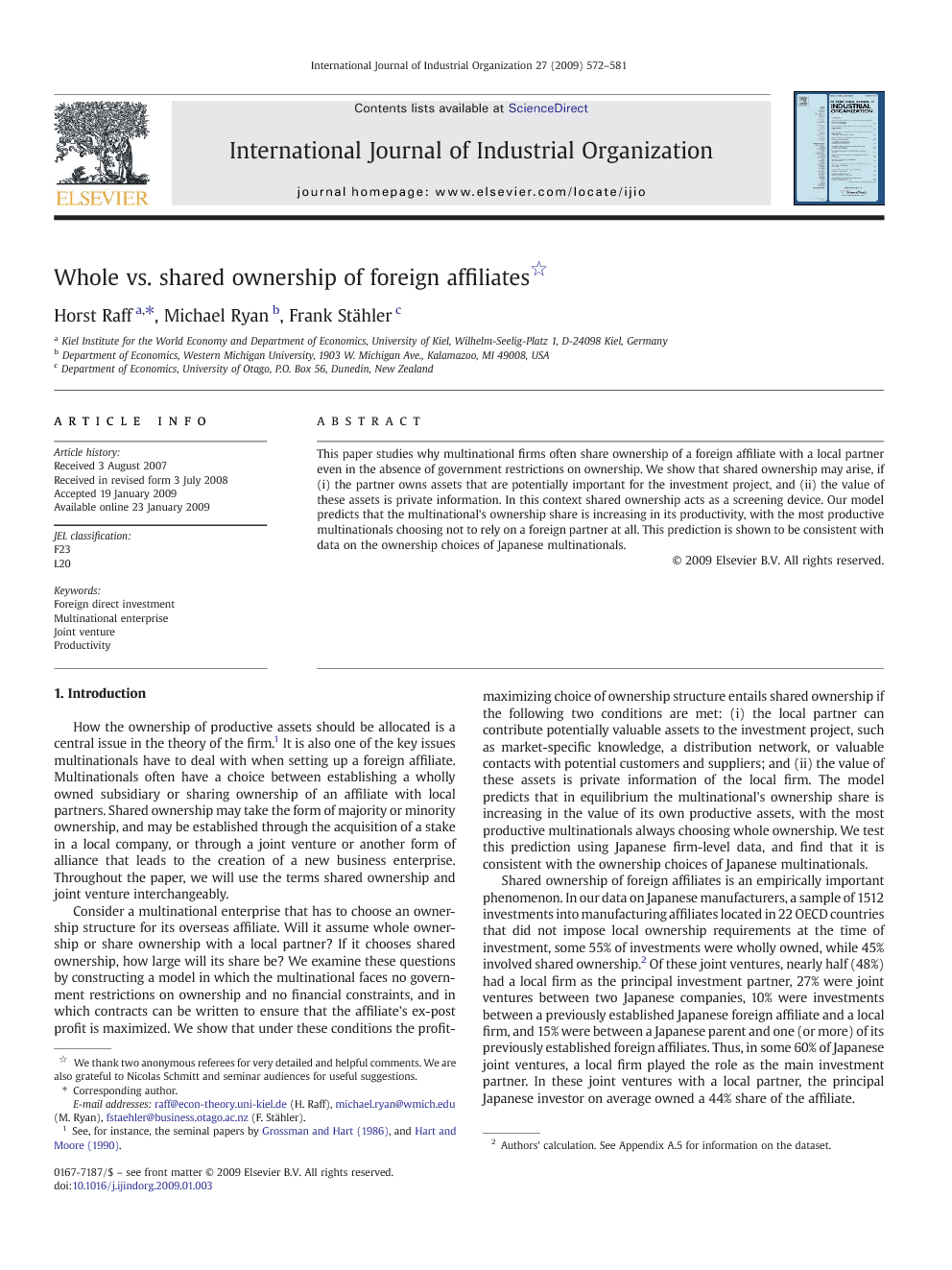 This paper studies why multinational firms often share ownership of a foreign affiliate with a local partner even in the absence of government restrictions on ownership. We show that shared ownership may arise, if (i) the partner owns assets that are potentially important for the investment project, and (ii) the value of these assets is private information. In this context shared ownership acts as a screening device. Our model predicts that the multinational's ownership share is increasing in its productivity, with the most productive multinationals choosing not to rely on a foreign partner at all. This prediction is shown to be consistent with data on the ownership choices of Japanese multinationals.

This paper argued that multinationals tend to share ownership of foreign affiliates with a local partner if the latter has (i) potentially valuable assets to contribute to the investment project, and (ii) private information about the value of these assets. Shared ownership in this case acts as a screening mechanism to separate those local firms with valuable assets from those with less valuable assets. The model predicted that, controlling for the host country's market size and wage costs, the multinational's ownership share is increasing in the value of its own productive assets, with the most productive multinationals choosing whole ownership. We tested this prediction using Japanese firm-level data, and found that it was consistent with the ownership choices of Japanese multinationals. How ownership of a foreign affiliate is allocated between a multinational and a local company obviously has implications for the host country's social welfare. A direct effect comes from the sharing of profits and technology between the multinational and the local firm. Indirect effects arise because ownership influences investors' incentives to commit technological and management resources to the project. An examination of these effects is beyond the scope of the current paper. However, to the extent that a multinational firm has a say in the ownership decision and is not simply forced to take on a local partner, our model might serve as a building block of such an analysis.