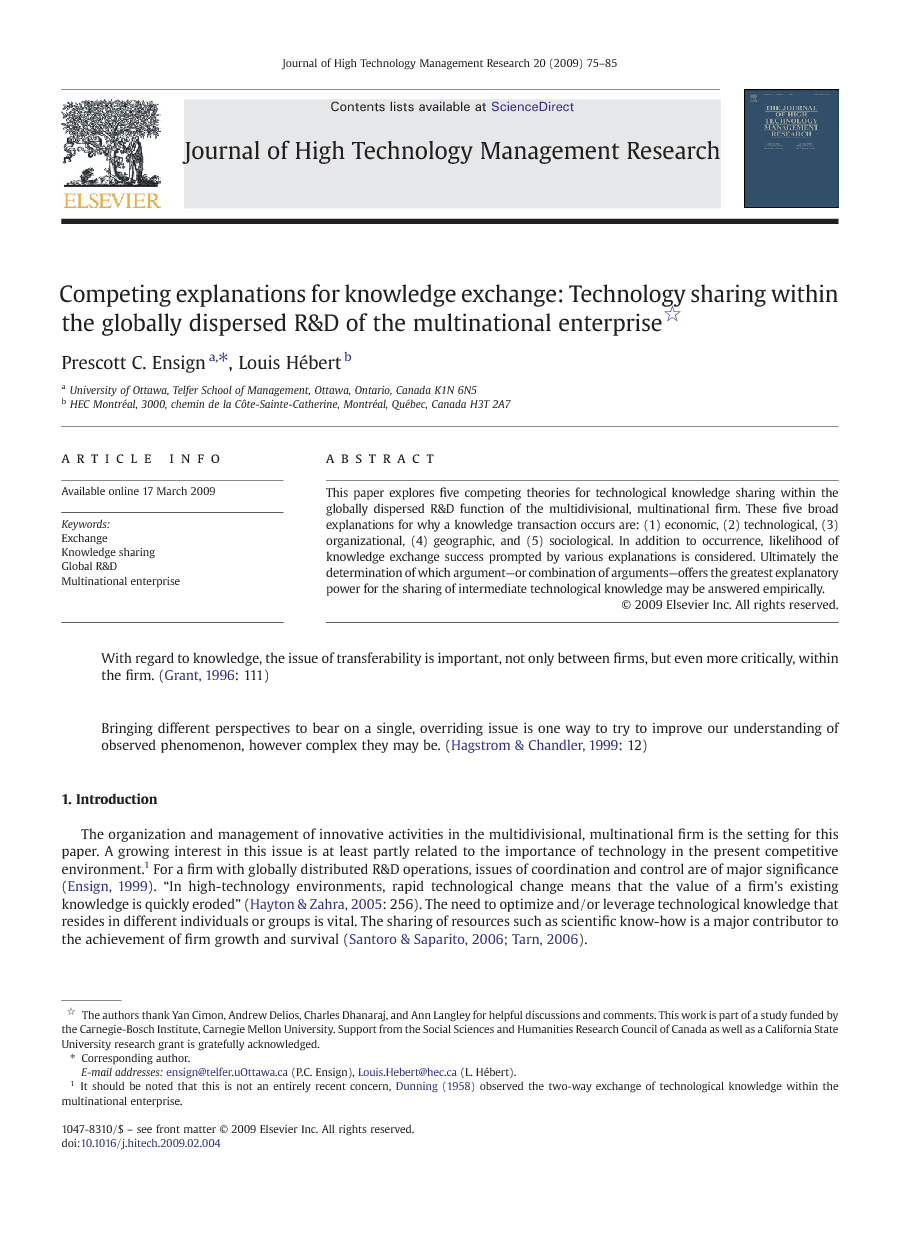 This paper explores five competing theories for technological knowledge sharing within the globally dispersed R&D function of the multidivisional, multinational firm. These five broad explanations for why a knowledge transaction occurs are: (1) economic, (2) technological, (3) organizational, (4) geographic, and (5) sociological. In addition to occurrence, likelihood of knowledge exchange success prompted by various explanations is considered. Ultimately the determination of which argument—or combination of arguments—offers the greatest explanatory power for the sharing of intermediate technological knowledge may be answered empirically.

This paper has considered various factors that may influence the sharing of knowledge among R&D workers. Stobaugh and Wells (1984) note that variables affecting the transfer of technological knowledge can be manipulated by the administrator. To that end, it is conceivable that the goals or intent of knowledge sharing may cause the manager to influence those parameters that can be dictated—organization systems, structure, etc. While cultural and physical distance may be unalterable, such factors can be taken into account in the design of channels for technological knowledge sharing. Cantwell and Santangelo (1999: 119) find that firms are purposefully “dispersing their R&D facilities over greater geographical distances.” Hagstrom and Chandler (1999: 1) draw attention to the presence of “overlaps (and also some conflicting arguments)” in the various theoretical lenses applied in the study of the multidivisional, multinational firm. Such commonalities and differences in theory are to be “welcomed as they indicate both inquisitiveness and vitality” (Hagstrom & Chandler, 1999: 1). It is hoped that this paper will serve to foster examination leading to reconciliation of the various perspectives. Consideration of one explanation without controlling for the others runs the risk of hard-earned empirical conclusions being discounted.