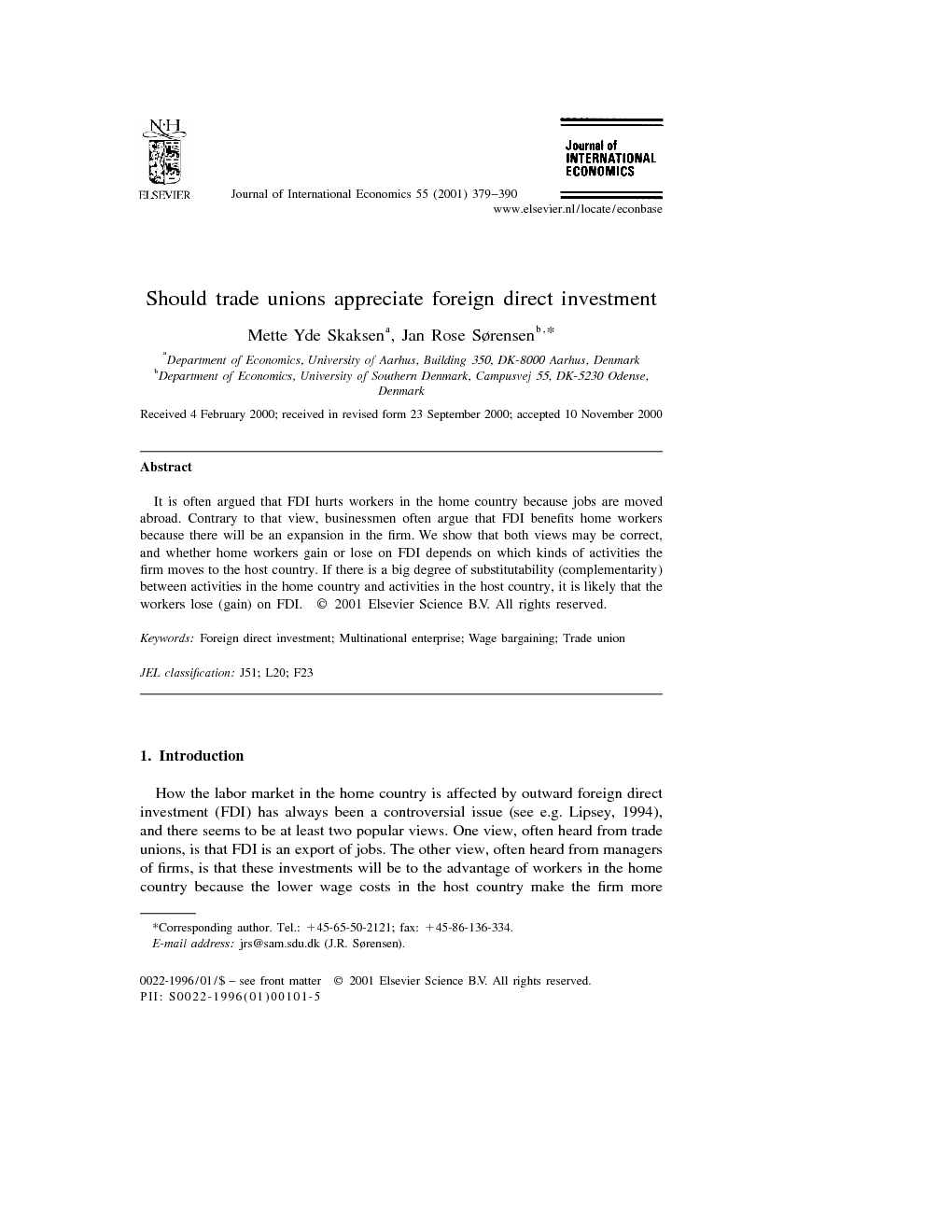 It is often argued that FDI hurts workers in the home country because jobs are moved abroad. Contrary to that view, businessmen often argue that FDI benefits home workers because there will be an expansion in the firm. We show that both views may be correct, and whether home workers gain or lose on FDI depends on which kinds of activities the firm moves to the host country. If there is a big degree of substitutability (complementarity) between activities in the home country and activities in the host country, it is likely that the workers lose (gain) on FDI.