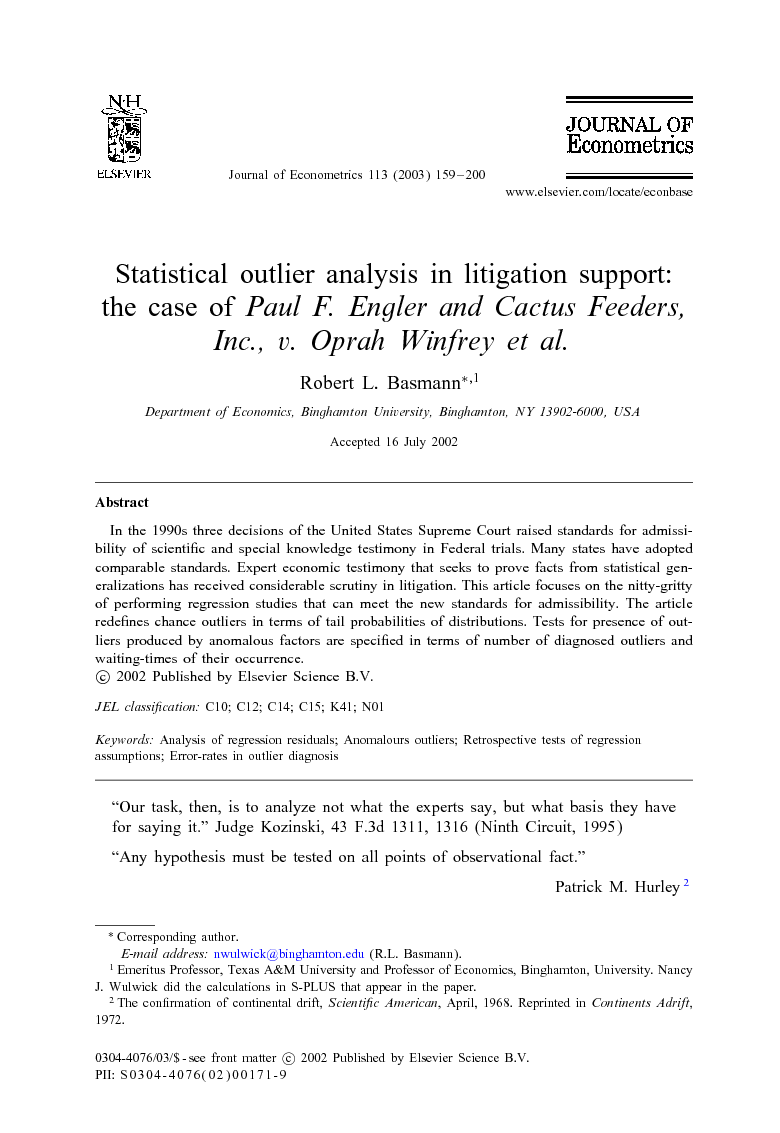 In the 1990s three decisions of the United States Supreme Court raised standards for admissibility of scientific and special knowledge testimony in Federal trials. Many states have adopted comparable standards. Expert economic testimony that seeks to prove facts from statistical generalizations has received considerable scrutiny in litigation. This article focuses on the nitty-gritty of performing regression studies that can meet the new standards for admissibility. The article redefines chance outliers in terms of tail probabilities of distributions. Tests for presence of outliers produced by anomalous factors are specified in terms of number of diagnosed outliers and waiting-times of their occurrence.