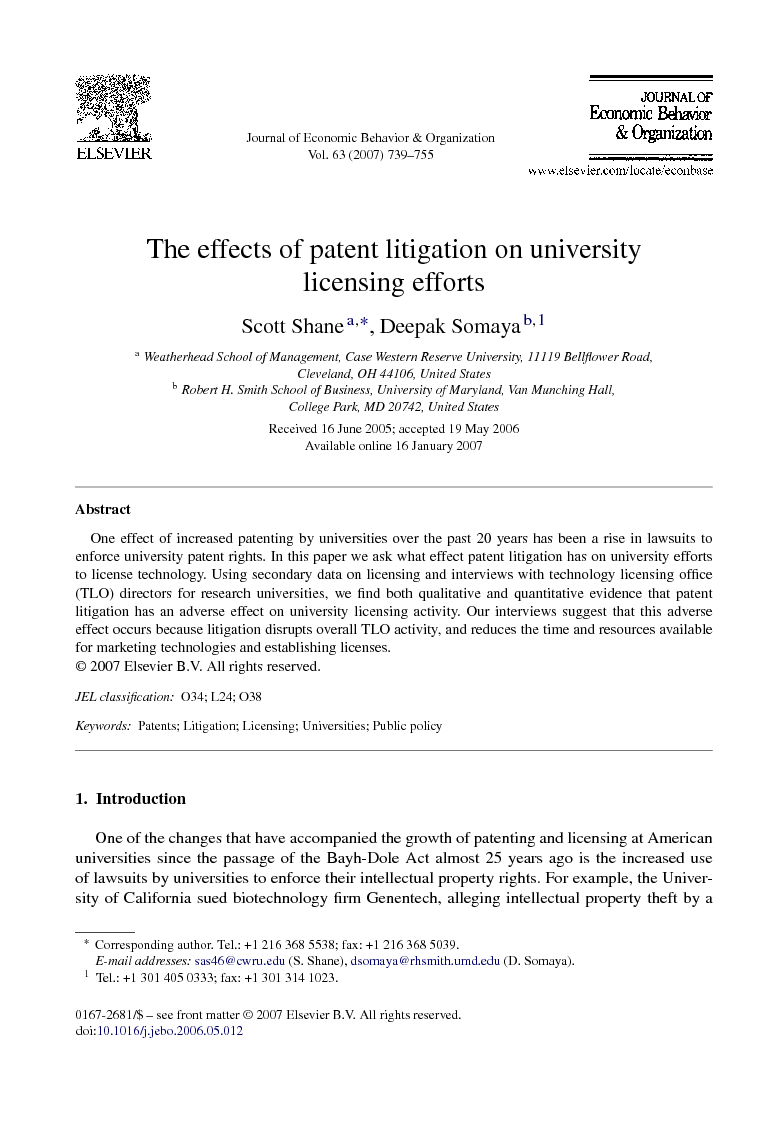 One effect of increased patenting by universities over the past 20 years has been a rise in lawsuits to enforce university patent rights. In this paper we ask what effect patent litigation has on university efforts to license technology. Using secondary data on licensing and interviews with technology licensing office (TLO) directors for research universities, we find both qualitative and quantitative evidence that patent litigation has an adverse effect on university licensing activity. Our interviews suggest that this adverse effect occurs because litigation disrupts overall TLO activity, and reduces the time and resources available for marketing technologies and establishing licenses.