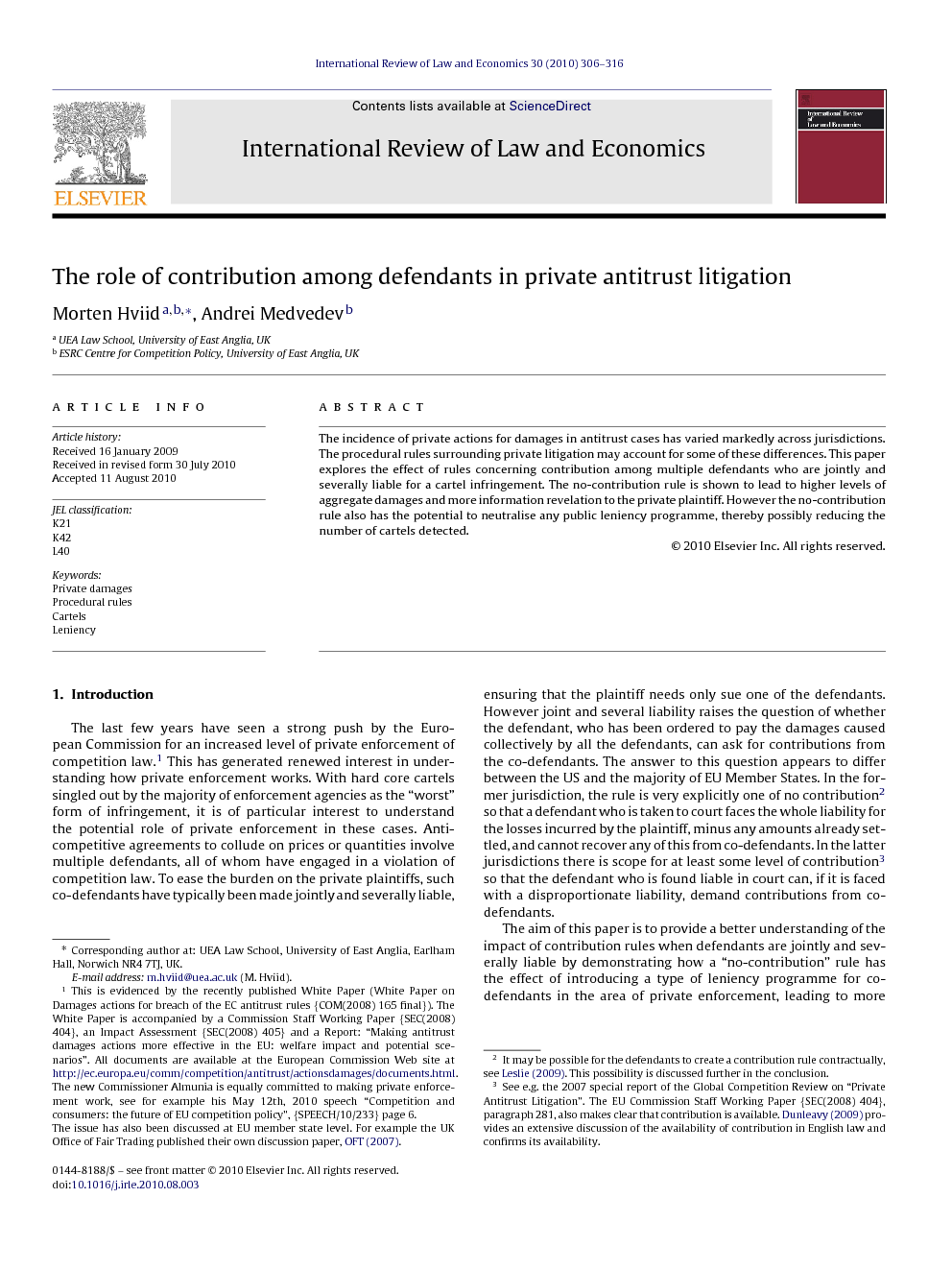 The incidence of private actions for damages in antitrust cases has varied markedly across jurisdictions. The procedural rules surrounding private litigation may account for some of these differences. This paper explores the effect of rules concerning contribution among multiple defendants who are jointly and severally liable for a cartel infringement. The no-contribution rule is shown to lead to higher levels of aggregate damages and more information revelation to the private plaintiff. However the no-contribution rule also has the potential to neutralise any public leniency programme, thereby possibly reducing the number of cartels detected.