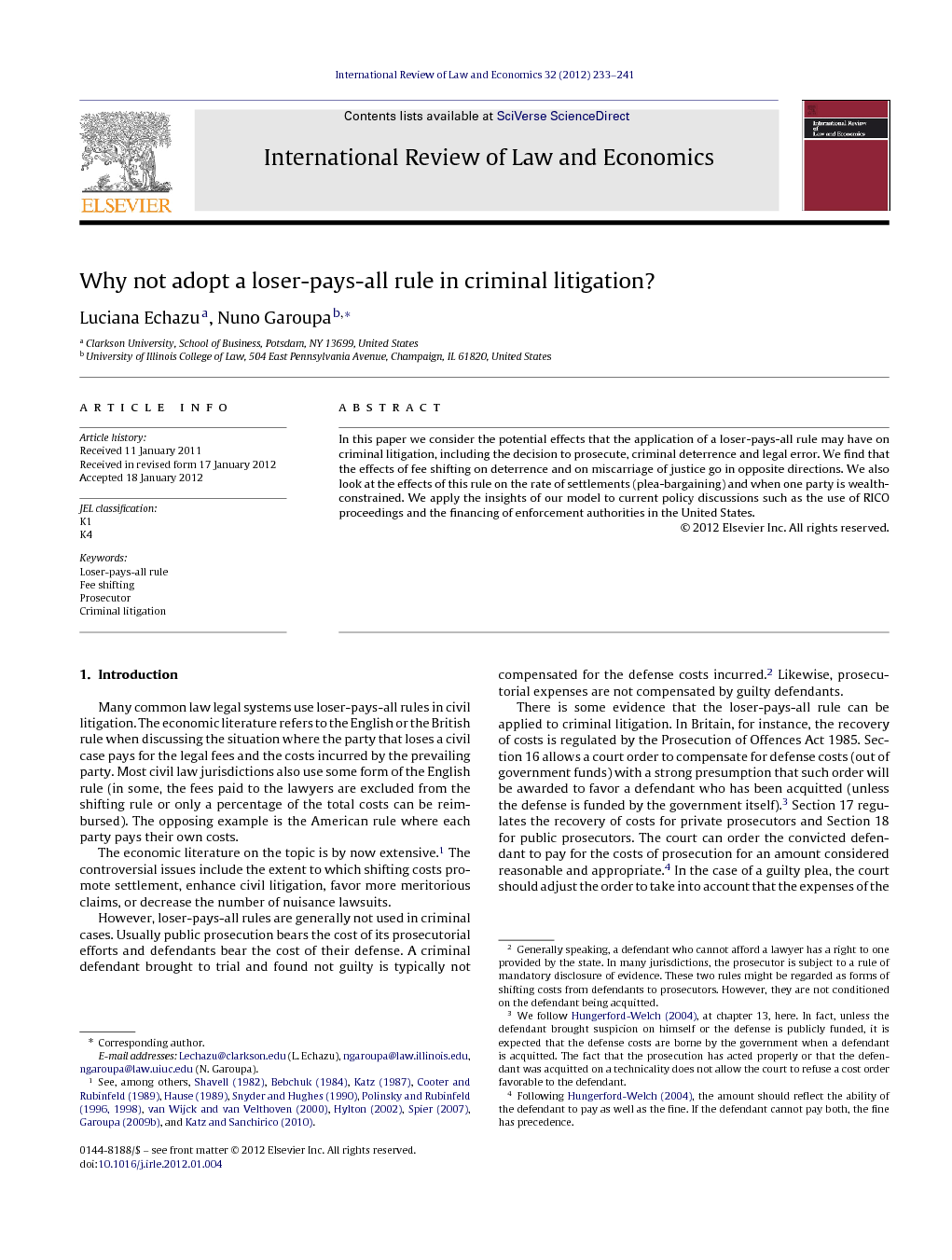 In this paper we consider the potential effects that the application of a loser-pays-all rule may have on criminal litigation, including the decision to prosecute, criminal deterrence and legal error. We find that the effects of fee shifting on deterrence and on miscarriage of justice go in opposite directions. We also look at the effects of this rule on the rate of settlements (plea-bargaining) and when one party is wealth-constrained. We apply the insights of our model to current policy discussions such as the use of RICO proceedings and the financing of enforcement authorities in the United States.

Loser-pays-all rules are generally not used in criminal cases. We have considered the effects of this hypothetical rule primarily on criminal deterrence and on legal error. The overall desirability of a cost-shifting rule should thus be evaluated comparing the marginal gains obtainable on deterrence with the marginal costs induced by legal error. The effect of a loser-pays-all rule on deterrence is positive under realistic conditions. We also concluded that it would be inappropriate when the defendant is poor, but could be better when we think of wealthy and corporate defendants. More generally, balancing the advantages in terms of deterrence against the additional costs in legal error leads us to conclude that, in general, the English rule as well as the American rule are unlikely to be efficient (alternatively, an English rule with caps in order to reduce legal error is probably the efficient approach). The model could not provide a definitive answer to the question of whether or not shifting costs increases the likelihood of plea-bargaining. Notwithstanding that, it seems more likely that shifting costs does not increase the likelihood of plea-bargaining, unless we assume that criminal defendants and prosecutors are significantly pessimistic. The impact of fee-shifting on the quality of screening by plea-bargaining seems negative if we take the view that it is likely to less severely shape the incentives of the guilty than of the innocent. We have used RICO proceedings and the financing of enforcement authorities as two examples of how the insights of our model can be useful in current legal policy discussion.