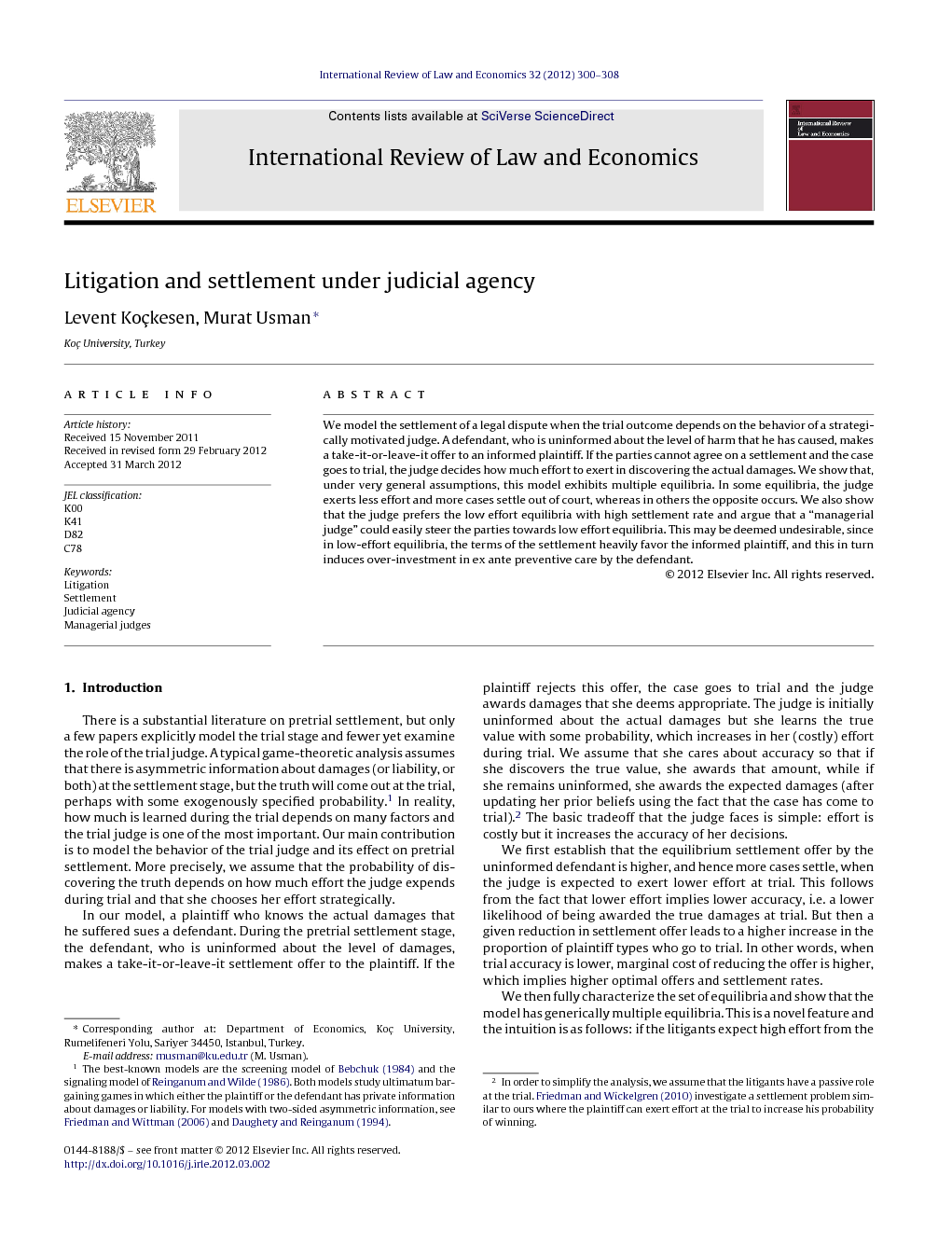 We model the settlement of a legal dispute when the trial outcome depends on the behavior of a strategically motivated judge. A defendant, who is uninformed about the level of harm that he has caused, makes a take-it-or-leave-it offer to an informed plaintiff. If the parties cannot agree on a settlement and the case goes to trial, the judge decides how much effort to exert in discovering the actual damages. We show that, under very general assumptions, this model exhibits multiple equilibria. In some equilibria, the judge exerts less effort and more cases settle out of court, whereas in others the opposite occurs. We also show that the judge prefers the low effort equilibria with high settlement rate and argue that a “managerial judge” could easily steer the parties towards low effort equilibria. This may be deemed undesirable, since in low-effort equilibria, the terms of the settlement heavily favor the informed plaintiff, and this in turn induces over-investment in ex ante preventive care by the defendant.

Nearly all the models in the literature, including ours, model the pretrial settlement stage as a “take-it-or-leave-it” (or ultimatum) bargaining game. As Friedman and Wittman (2006), and many others, have observed “[t]his creates vastly different outcomes, depending on which side makes the (first) offer.” Another issue that has been discussed in the literature is the observability of the settlement offers by the judge. In this section we discuss if and how our results change under alternative specifications of the model. Plaintiff-Offer Game Assume that the plaintiff is the uninformed party and makes a “take-it-or-leave-it” settlement demand from the informed defendant. In such a model our main results would carry over with slight modifications. In particular, the settlement rates would still be inversely related to the trial accuracy (and hence the amount of judicial effort at trial), and there would still be multiple equilibria. Also, the uninformed party, who is the plaintiff this time, would still be worse off in the low effort equilibria. The difference would be that the equilibrium settlement demands by the uninformed plaintiff would become smaller as the judge exerts less effort.