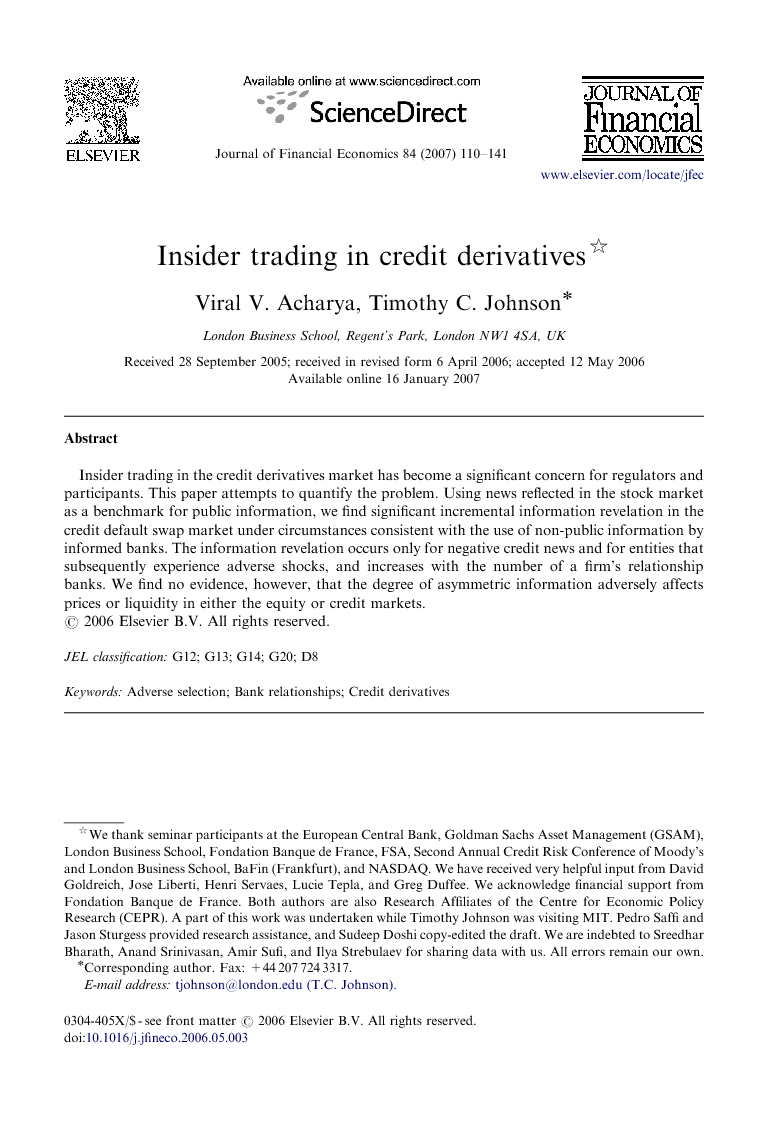 Insider trading in the credit derivatives market has become a significant concern for regulators and participants. This paper attempts to quantify the problem. Using news reflected in the stock market as a benchmark for public information, we find significant incremental information revelation in the credit default swap market under circumstances consistent with the use of non-public information by informed banks. The information revelation occurs only for negative credit news and for entities that subsequently experience adverse shocks, and increases with the number of a firm's relationship banks. We find no evidence, however, that the degree of asymmetric information adversely affects prices or liquidity in either the equity or credit markets.

In this paper, we provide empirical evidence that there is an information flow from the credit default swap markets to equity markets and that this flow is permanent and more significant for entities with a greater number of bank relationships. The information flow is concentrated on days with negative credit news, and for entities that experience or are more likely to experience adverse credit events. These findings are consistent with the existence of hedging by banks with lending exposure and access to privileged information. However, we do not find evidence that the degree of insider trading risk adversely affects prices or liquidity provision in the credit markets. This could be because our proxies are too noisy, or because informed players simultaneously play offsetting roles in the process of price determination. Our work constitutes a first step towards understanding whether there is a case for the current regulatory response to concerns about the threat posed by insider trading in these markets.