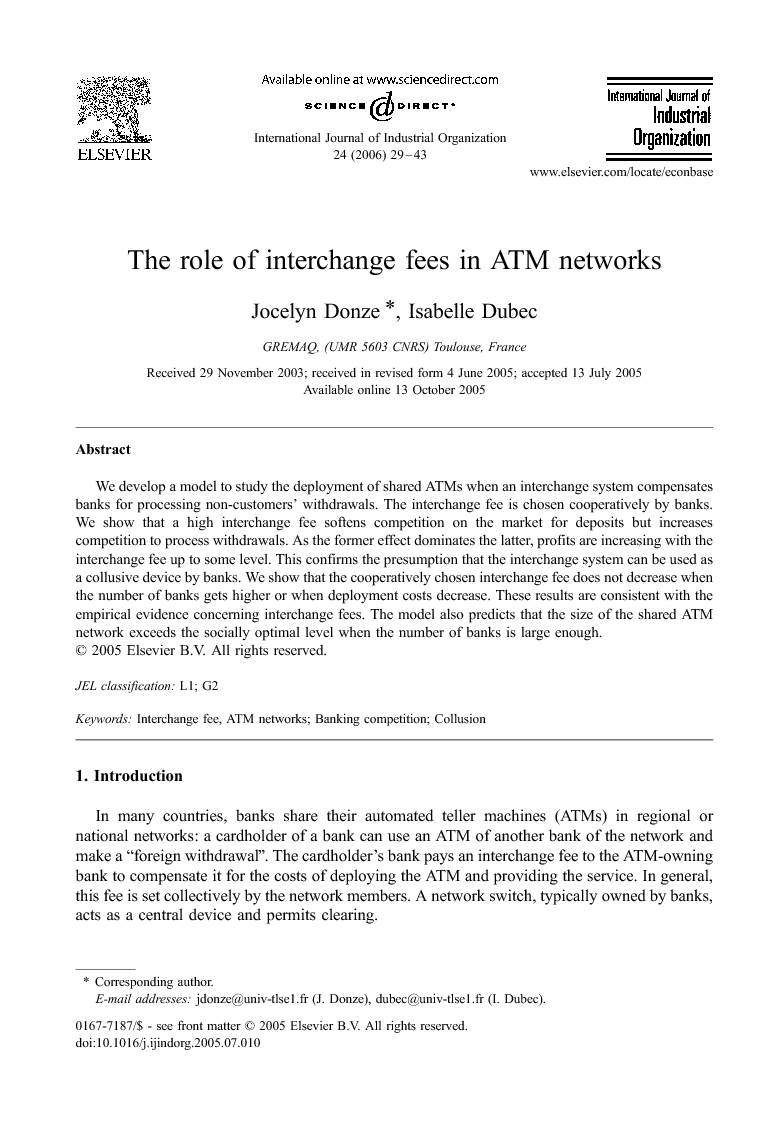 We develop a model to study the deployment of shared ATMs when an interchange system compensates banks for processing non-customers' withdrawals. The interchange fee is chosen cooperatively by banks. We show that a high interchange fee softens competition on the market for deposits but increases competition to process withdrawals. As the former effect dominates the latter, profits are increasing with the interchange fee up to some level. This confirms the presumption that the interchange system can be used as a collusive device by banks. We show that the cooperatively chosen interchange fee does not decrease when the number of banks gets higher or when deployment costs decrease. These results are consistent with the empirical evidence concerning interchange fees. The model also predicts that the size of the shared ATM network exceeds the socially optimal level when the number of banks is large enough.