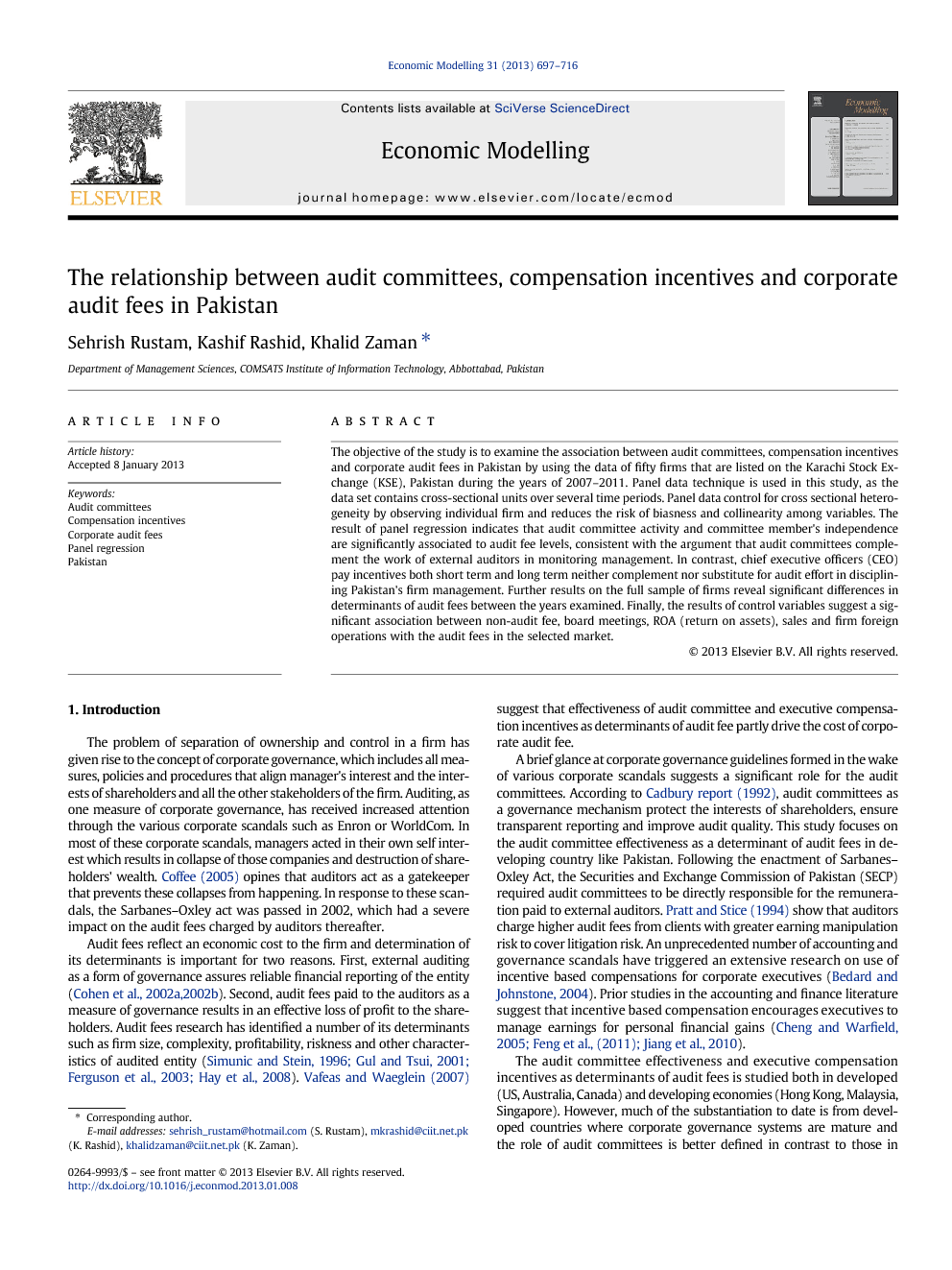 The objective of the study is to examine the association between audit committees, compensation incentives and corporate audit fees in Pakistan by using the data of fifty firms that are listed on the Karachi Stock Exchange (KSE), Pakistan during the years of 2007–2011. Panel data technique is used in this study, as the data set contains cross-sectional units over several time periods. Panel data control for cross sectional heterogeneity by observing individual firm and reduces the risk of biasness and collinearity among variables. The result of panel regression indicates that audit committee activity and committee member's independence are significantly associated to audit fee levels, consistent with the argument that audit committees complement the work of external auditors in monitoring management. In contrast, chief executive officers (CEO) pay incentives both short term and long term neither complement nor substitute for audit effort in disciplining Pakistan's firm management. Further results on the full sample of firms reveal significant differences in determinants of audit fees between the years examined. Finally, the results of control variables suggest a significant association between non-audit fee, board meetings, ROA (return on assets), sales and firm foreign operations with the audit fees in the selected market.