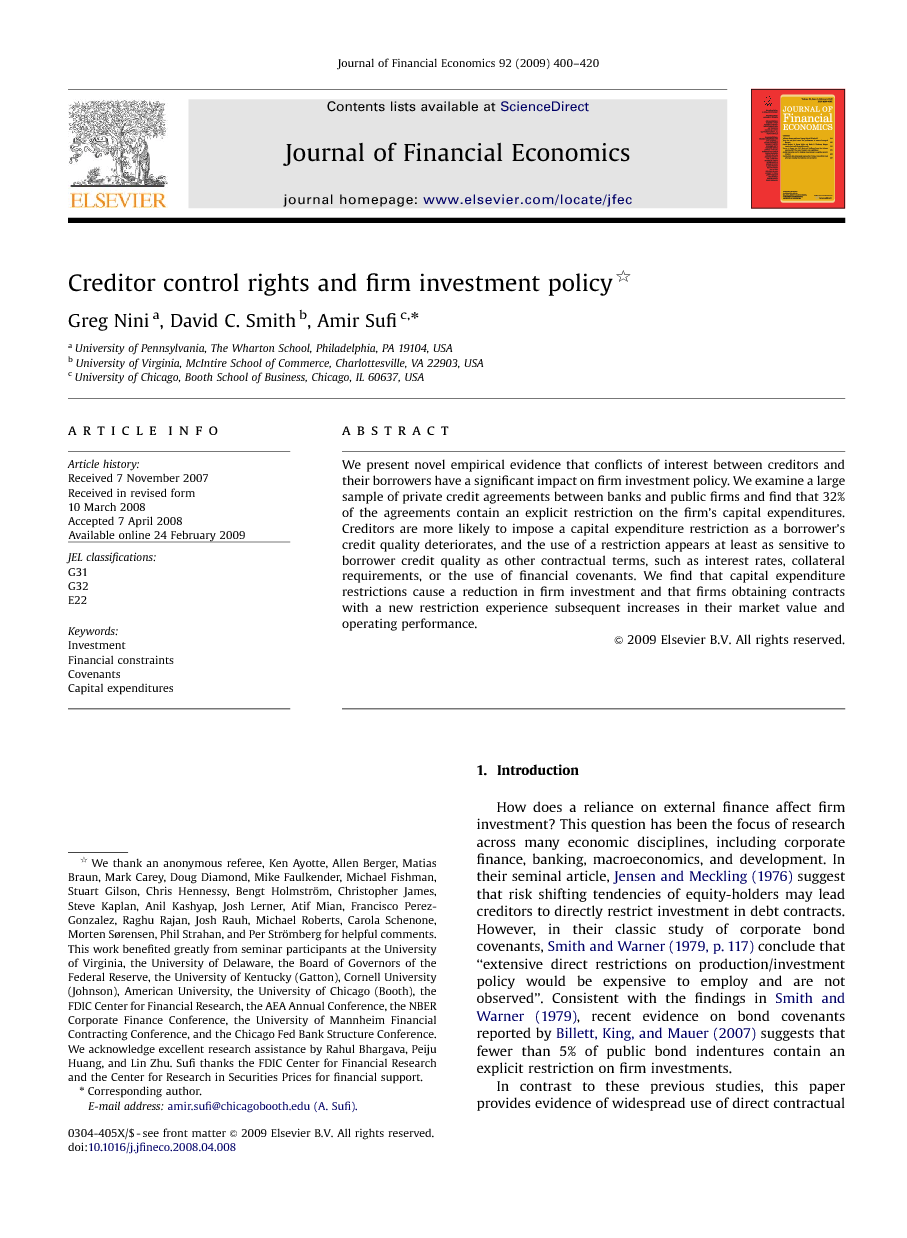 We present novel empirical evidence that conflicts of interest between creditors and their borrowers have a significant impact on firm investment policy. We examine a large sample of private credit agreements between banks and public firms and find that 32% of the agreements contain an explicit restriction on the firm's capital expenditures. Creditors are more likely to impose a capital expenditure restriction as a borrower's credit quality deteriorates, and the use of a restriction appears at least as sensitive to borrower credit quality as other contractual terms, such as interest rates, collateral requirements, or the use of financial covenants. We find that capital expenditure restrictions cause a reduction in firm investment and that firms obtaining contracts with a new restriction experience subsequent increases in their market value and operating performance.

We provide evidence of widespread use of explicit restrictions on investment in the private credit agreements of a large fraction of publicly traded companies. These restrictions are more likely to be put in place after credit quality deterioration. In fact, the elasticity of a capital expenditure restriction with respect to borrower credit quality is often larger than the elasticities of other contract terms, such as the interest spread or a dividend restriction. We describe how creditors use financial covenants and associated acceleration rights to make investment restrictions effectively conditional on the borrower's credit quality, and we provide compelling evidence that restrictions on capital expenditures contained in private credit agreements constrain firm investment. These results are consistent with the hypothesis that conflicts of interest between creditors and their borrowers have a significant impact on firm investment policy. We also show that investment restrictions can create positive externalities for equity-holders by reducing managerial value-reducing overinvestment. However, we view these results as suggestive, and we believe that more conclusive evidence is needed. One obvious angle is to isolate exogenous variation in the imposition of the restrictions shown here, and we hope that future research is able to utilize our data to answer the efficiency question more definitively.