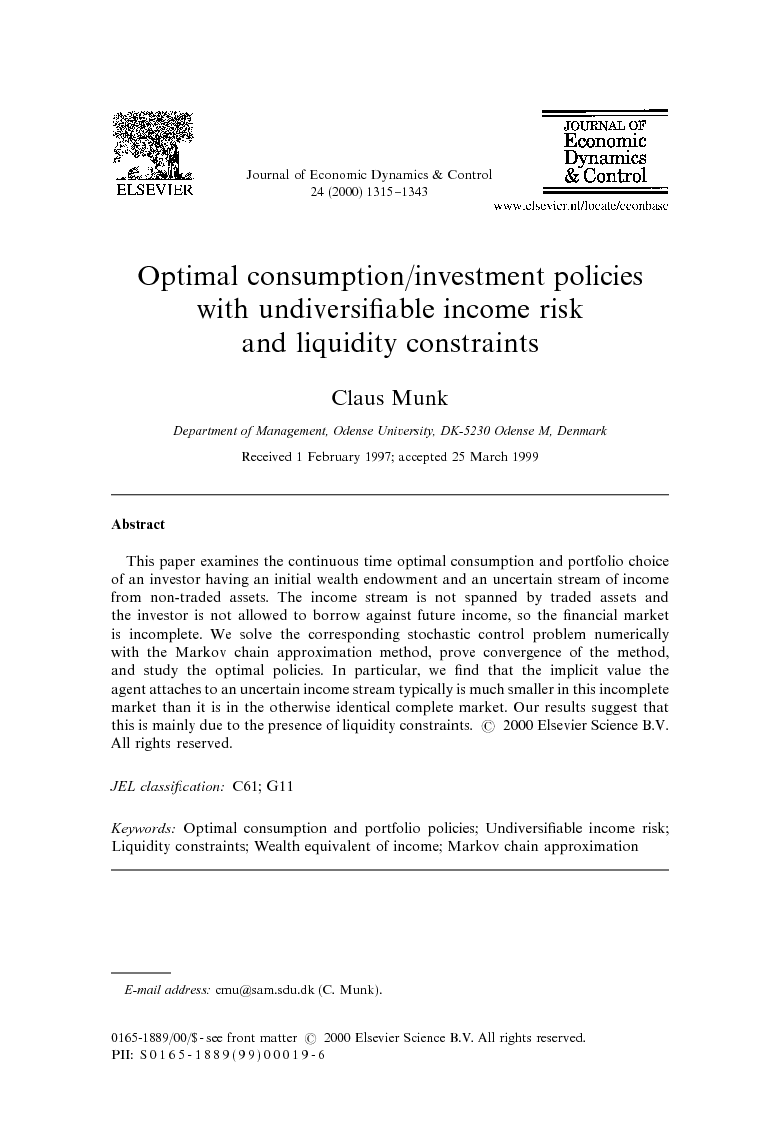 This paper examines the continuous time optimal consumption and portfolio choice of an investor having an initial wealth endowment and an uncertain stream of income from non-traded assets. The income stream is not spanned by traded assets and the investor is not allowed to borrow against future income, so the financial market is incomplete. We solve the corresponding stochastic control problem numerically with the Markov chain approximation method, prove convergence of the method, and study the optimal policies. In particular, we find that the implicit value the agent attaches to an uncertain income stream typically is much smaller in this incomplete market than it is in the otherwise identical complete market. Our results suggest that this is mainly due to the presence of liquidity constraints.

In this paper we have studied the properties of the optimal consumption and investment policies of a liquidity constrained investor with an uncertain, non-spanned income process in a continuous-time set-up. The underlying optimization problem was solved numerically with the Markov chain approximation approach and the numerical solution was shown to converge to the true solution of the problem. We have found that the implicit value the investor associates with the entire income process is much smaller in the presence of liquidity constraints and undiversifiable income risk than without such imperfections. Our results suggest that this is mainly due to the presence of liquidity constraints.