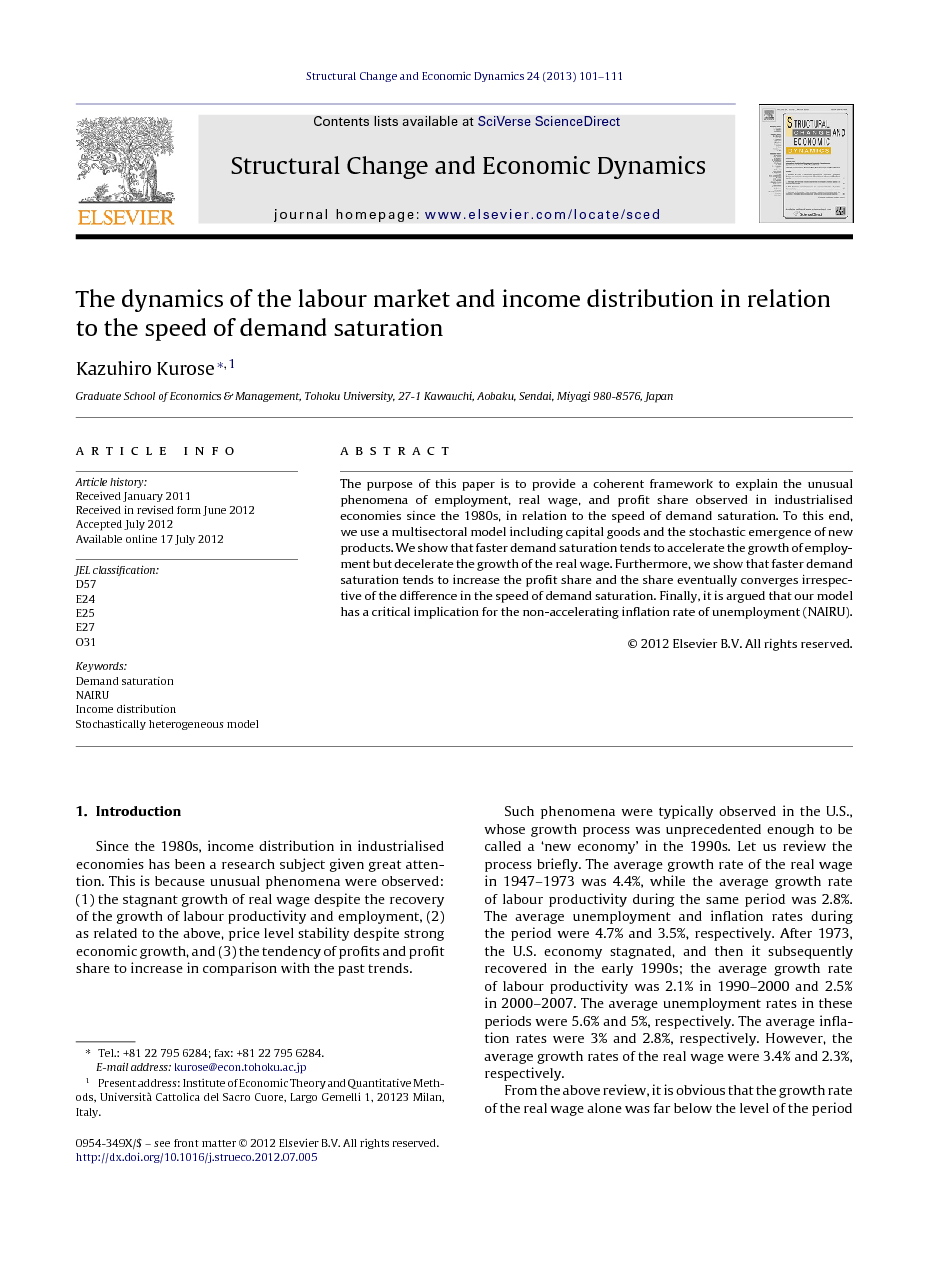 The purpose of this paper is to provide a coherent framework to explain the unusual phenomena of employment, real wage, and profit share observed in industrialised economies since the 1980s, in relation to the speed of demand saturation. To this end, we use a multisectoral model including capital goods and the stochastic emergence of new products. We show that faster demand saturation tends to accelerate the growth of employment but decelerate the growth of the real wage. Furthermore, we show that faster demand saturation tends to increase the profit share and the share eventually converges irrespective of the difference in the speed of demand saturation. Finally, it is argued that our model has a critical implication for the non-accelerating inflation rate of unemployment (NAIRU).

In this paper, we provide a coherent framework to explain the unusual phenomena observed in industrialised economies in relation to the speed of demand saturation. Kurose (2009) has already investigated the effect of the speed of demand saturation on the dynamics of the labour market on the basis of Pasinetti (1993). We demonstrate in this paper that the same result concerning the dynamics of the labour market as Kurose (2009) is still tenable even though we take capital goods into consideration. However, we indicate that the result is affected by the factors which do not exist in the pure labour model. Moreover, we show here that the above result concerning the dynamics of the labour market is valid irrespective of the direction of technical progress. We also show that the faster demand saturation tends to increase the profit share, at least in the early period. Finally, we demonstrate that the concept of the NAIRU is misleading from a viewpoint of the model dealing with the evolving structure of demand and production.