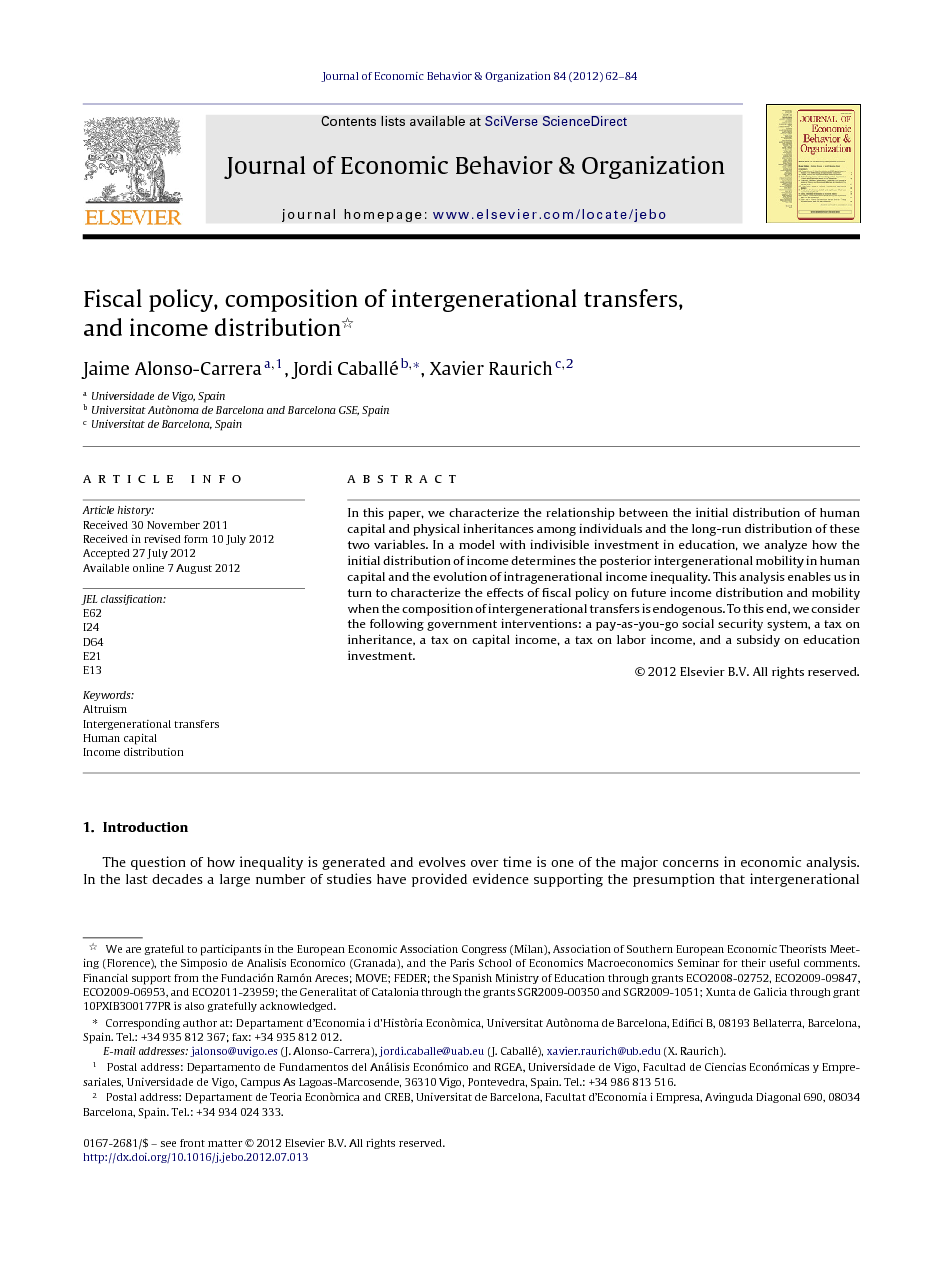 In this paper, we characterize the relationship between the initial distribution of human capital and physical inheritances among individuals and the long-run distribution of these two variables. In a model with indivisible investment in education, we analyze how the initial distribution of income determines the posterior intergenerational mobility in human capital and the evolution of intragenerational income inequality. This analysis enables us in turn to characterize the effects of fiscal policy on future income distribution and mobility when the composition of intergenerational transfers is endogenous. To this end, we consider the following government interventions: a pay-as-you-go social security system, a tax on inheritance, a tax on capital income, a tax on labor income, and a subsidy on education investment