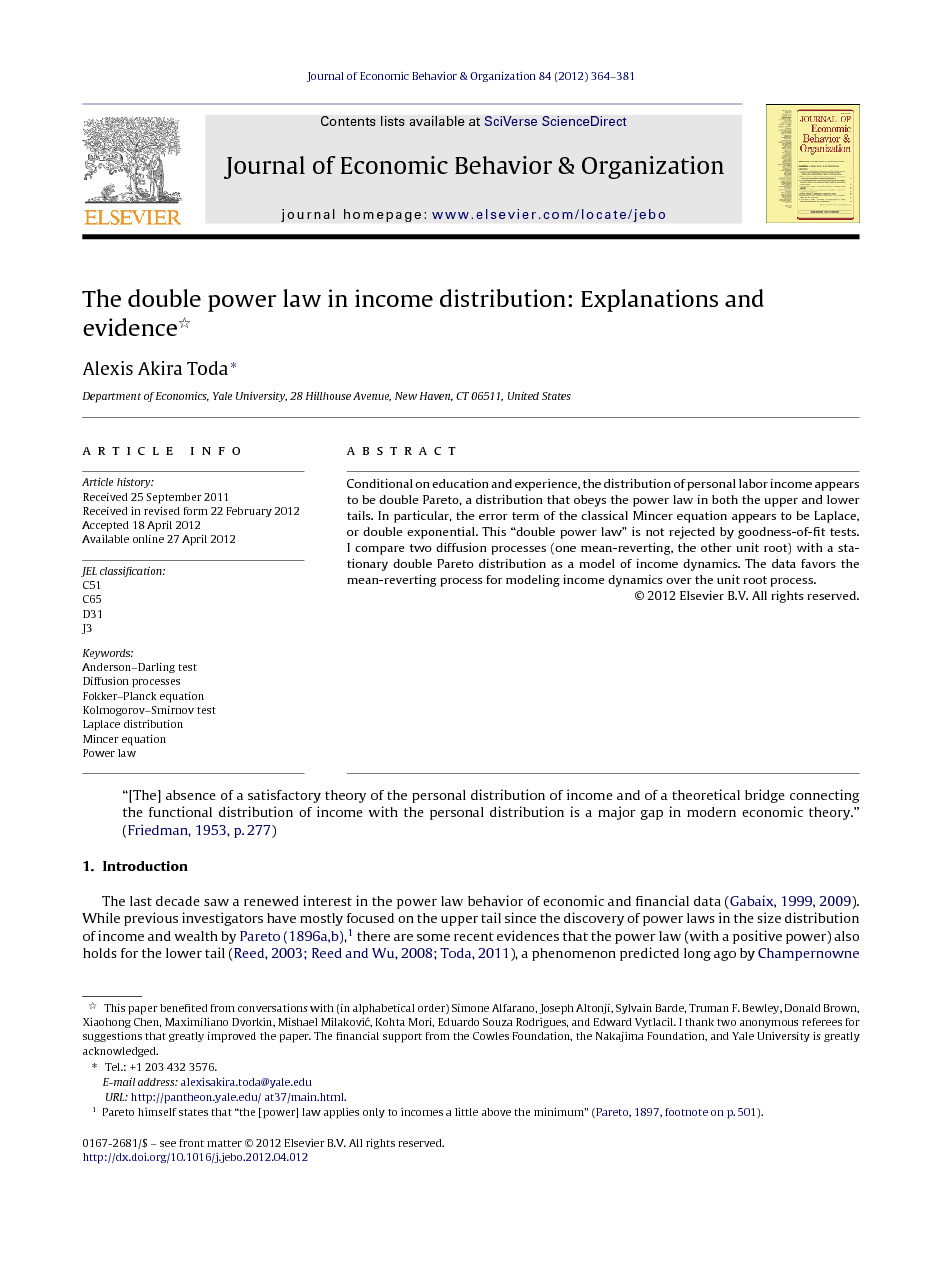 Conditional on education and experience, the distribution of personal labor income appears to be double Pareto, a distribution that obeys the power law in both the upper and lower tails. In particular, the error term of the classical Mincer equation appears to be Laplace, or double exponential. This “double power law” is not rejected by goodness-of-fit tests. I compare two diffusion processes (one mean-reverting, the other unit root) with a stationary double Pareto distribution as a model of income dynamics. The data favors the mean-reverting process for modeling income dynamics over the unit root process

In this paper I suggested that the double Pareto distribution fits well to the personal income distribution data once we control for education and experience using the Mincer equation. I also showed that the double Pareto distribution is stationary for two simple continuous-time income dynamics models (one stationary due to Alfarano et al. (2012) and the other nonstationary due to Gabaix (1999) and Reed (2003)), and the data favors the stationary model. Although the power law in the upper tail of economic and financial data has received a lot of attention in the past decade, the power law seems to hold also in the lower tail in a wide range of data (e.g., Giesen et al. (2010)). This ‘double power law’ is a phenomenon that deserves more investigation.