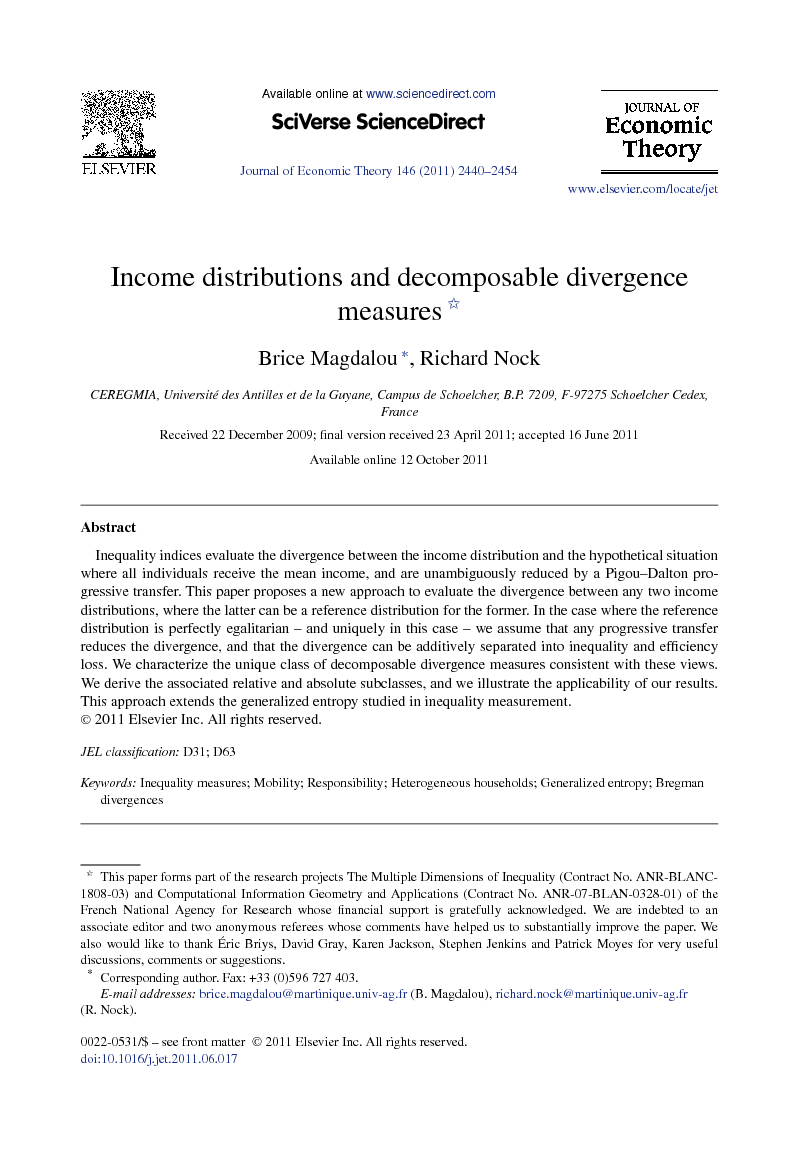 Inequality indices evaluate the divergence between the income distribution and the hypothetical situation where all individuals receive the mean income, and are unambiguously reduced by a Pigou–Dalton progressive transfer. This paper proposes a new approach to evaluate the divergence between any two income distributions, where the latter can be a reference distribution for the former. In the case where the reference distribution is perfectly egalitarian – and uniquely in this case – we assume that any progressive transfer reduces the divergence, and that the divergence can be additively separated into inequality and efficiency loss. We characterize the unique class of decomposable divergence measures consistent with these views. We derive the associated relative and absolute subclasses, and we illustrate the applicability of our results. This approach extends the generalized entropy studied in inequality measurement.