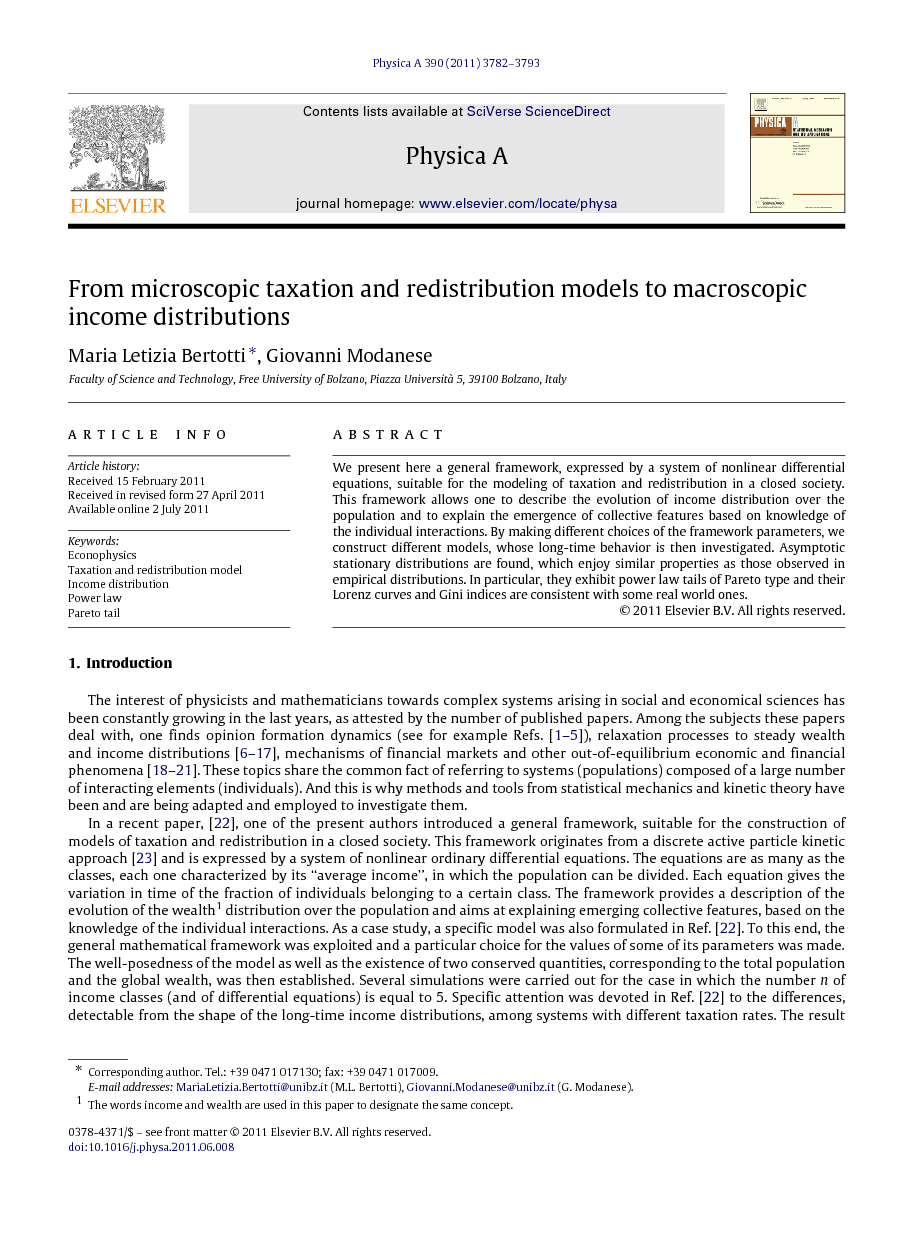 We present here a general framework, expressed by a system of nonlinear differential equations, suitable for the modeling of taxation and redistribution in a closed society. This framework allows one to describe the evolution of income distribution over the population and to explain the emergence of collective features based on knowledge of the individual interactions. By making different choices of the framework parameters, we construct different models, whose long-time behavior is then investigated. Asymptotic stationary distributions are found, which enjoy similar properties as those observed in empirical distributions. In particular, they exhibit power law tails of Pareto type and their Lorenz curves and Gini indices are consistent with some real world ones.