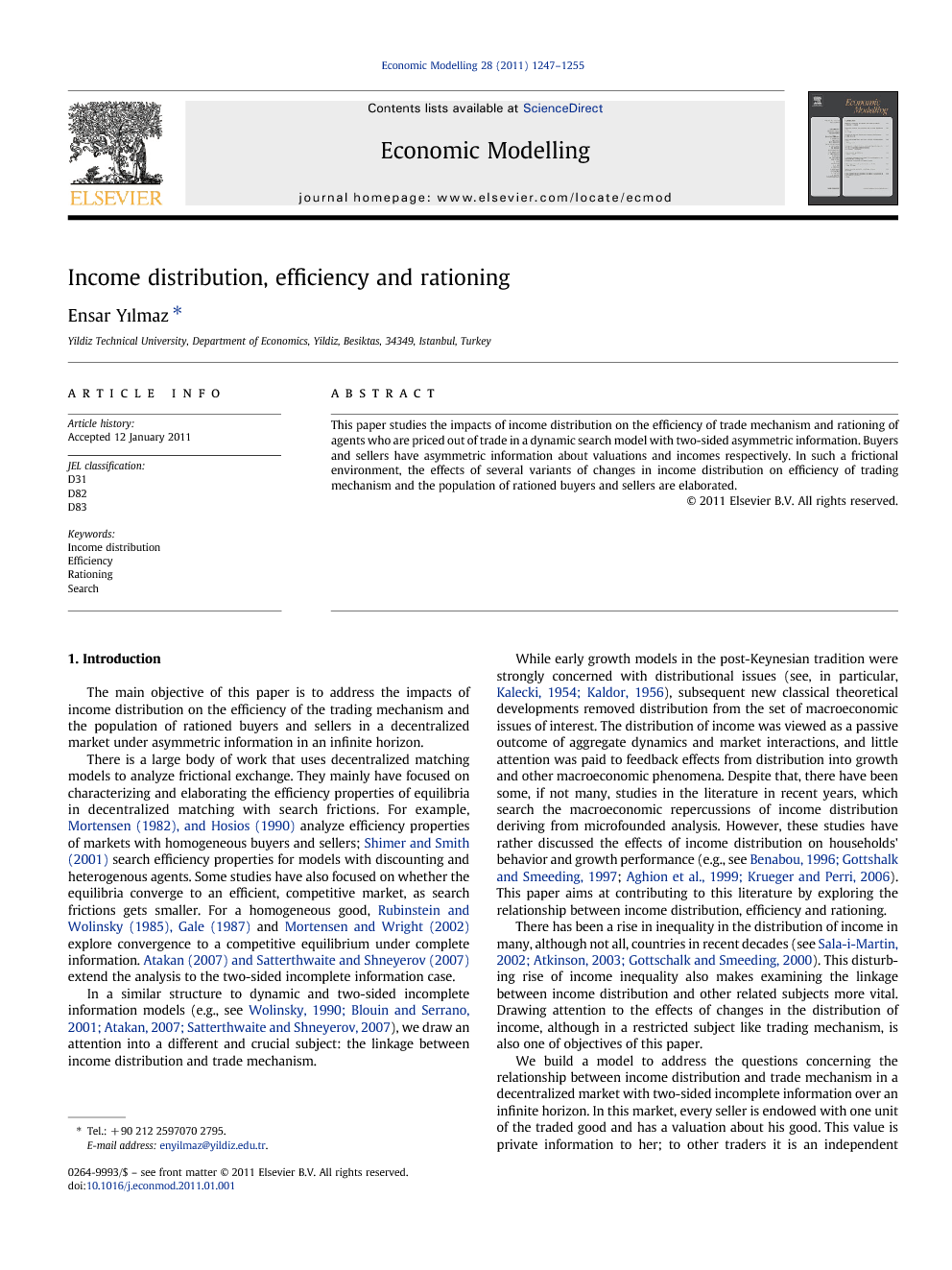 This paper studies the impacts of income distribution on the efficiency of trade mechanism and rationing of agents who are priced out of trade in a dynamic search model with two-sided asymmetric information. Buyers and sellers have asymmetric information about valuations and incomes respectively. In such a frictional environment, the effects of several variants of changes in income distribution on efficiency of trading mechanism and the population of rationed buyers and sellers are elaborated.