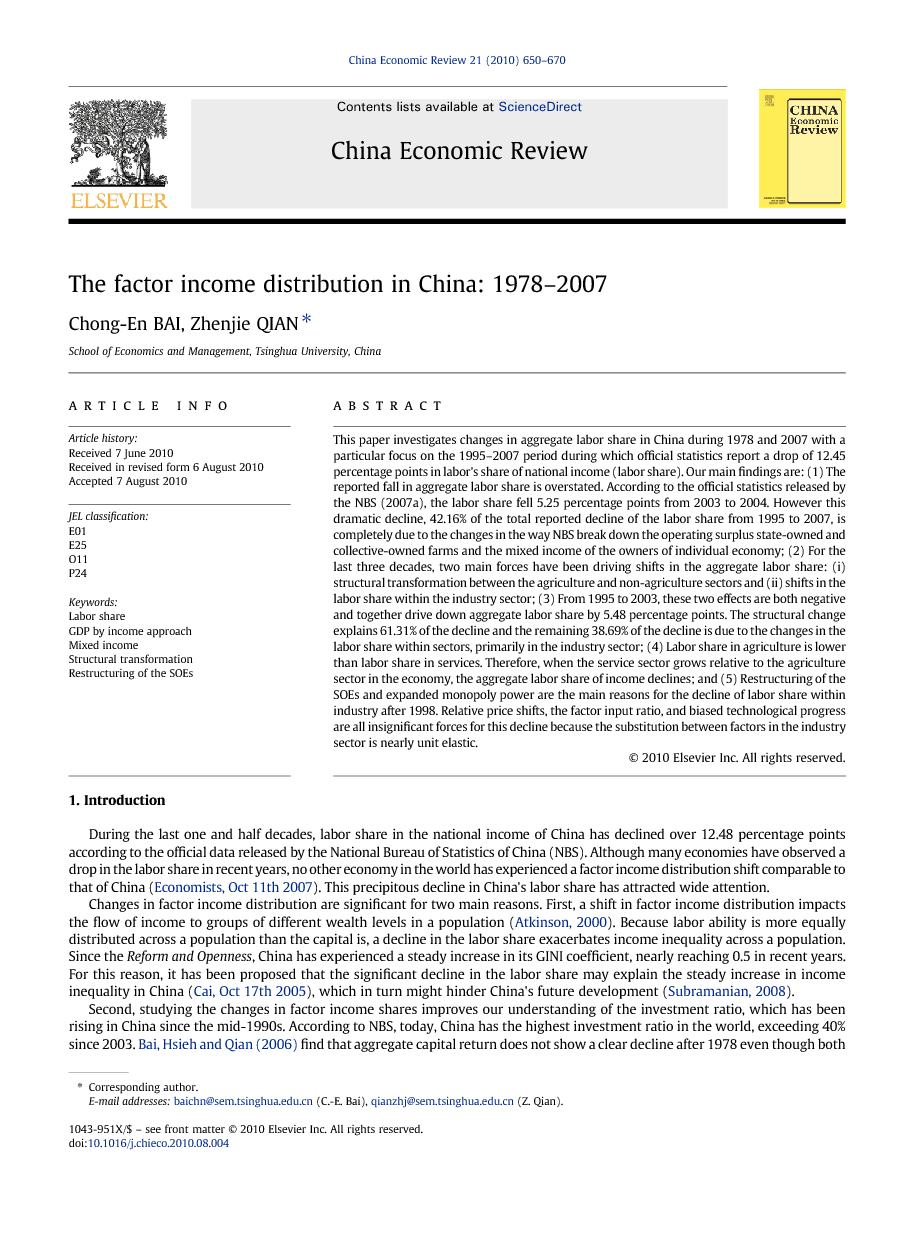 This paper investigates changes in aggregate labor share in China during 1978 and 2007 with a particular focus on the 1995–2007 period during which official statistics report a drop of 12.45 percentage points in labor's share of national income (labor share). Our main findings are: (1) The reported fall in aggregate labor share is overstated. According to the official statistics released by the NBS (2007a), the labor share fell 5.25 percentage points from 2003 to 2004. However this dramatic decline, 42.16% of the total reported decline of the labor share from 1995 to 2007, is completely due to the changes in the way NBS break down the operating surplus state-owned and collective-owned farms and the mixed income of the owners of individual economy; (2) For the last three decades, two main forces have been driving shifts in the aggregate labor share: (i) structural transformation between the agriculture and non-agriculture sectors and (ii) shifts in the labor share within the industry sector; (3) From 1995 to 2003, these two effects are both negative and together drive down aggregate labor share by 5.48 percentage points. The structural change explains 61.31% of the decline and the remaining 38.69% of the decline is due to the changes in the labor share within sectors, primarily in the industry sector; (4) Labor share in agriculture is lower than labor share in services. Therefore, when the service sector grows relative to the agriculture sector in the economy, the aggregate labor share of income declines; and (5) Restructuring of the SOEs and expanded monopoly power are the main reasons for the decline of labor share within industry after 1998. Relative price shifts, the factor input ratio, and biased technological progress are all insignificant forces for this decline because the substitution between factors in the industry sector is nearly unit elastic.