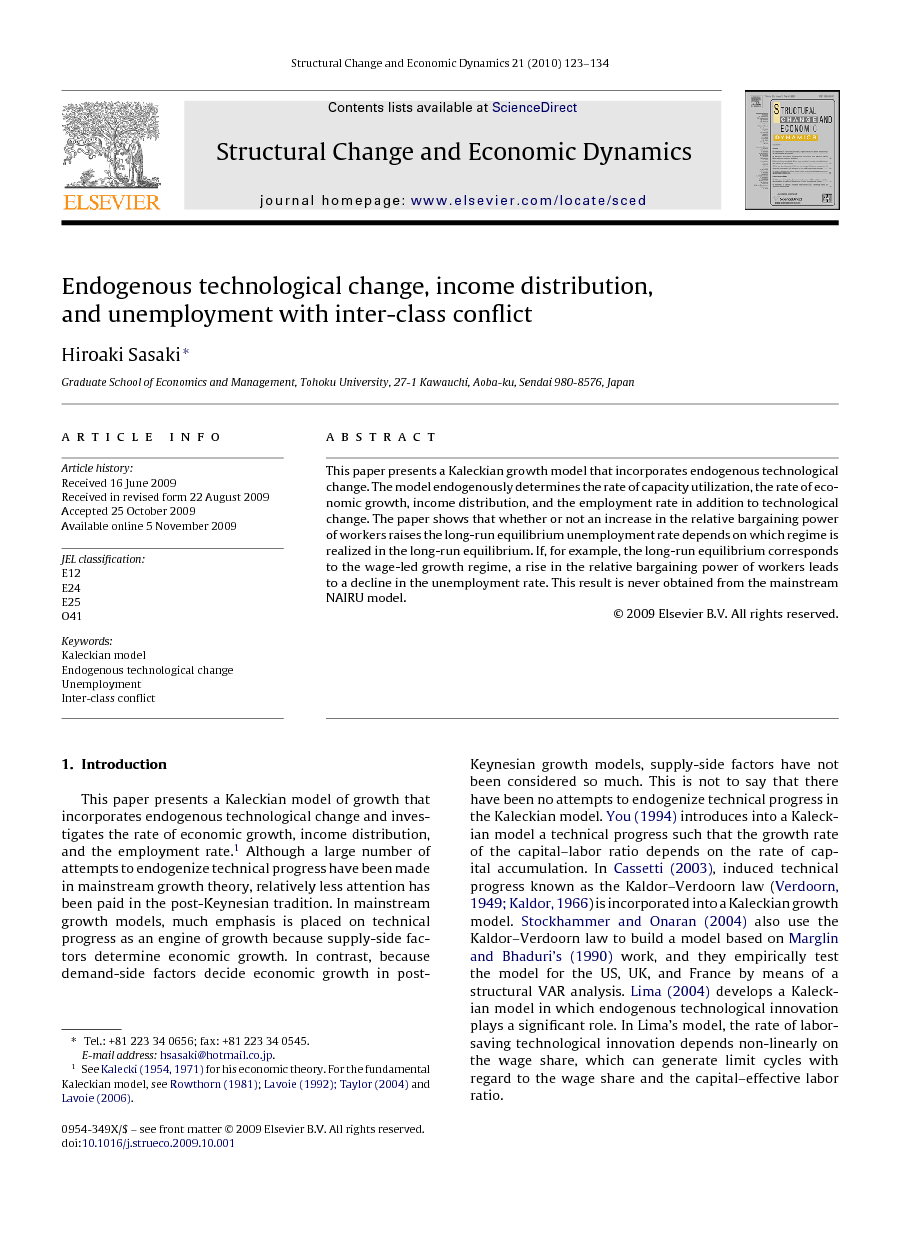 This paper presents a Kaleckian growth model that incorporates endogenous technological change. The model endogenously determines the rate of capacity utilization, the rate of economic growth, income distribution, and the employment rate in addition to technological change. The paper shows that whether or not an increase in the relative bargaining power of workers raises the long-run equilibrium unemployment rate depends on which regime is realized in the long-run equilibrium. If, for example, the long-run equilibrium corresponds to the wage-led growth regime, a rise in the relative bargaining power of workers leads to a decline in the unemployment rate. This result is never obtained from the mainstream NAIRU model.