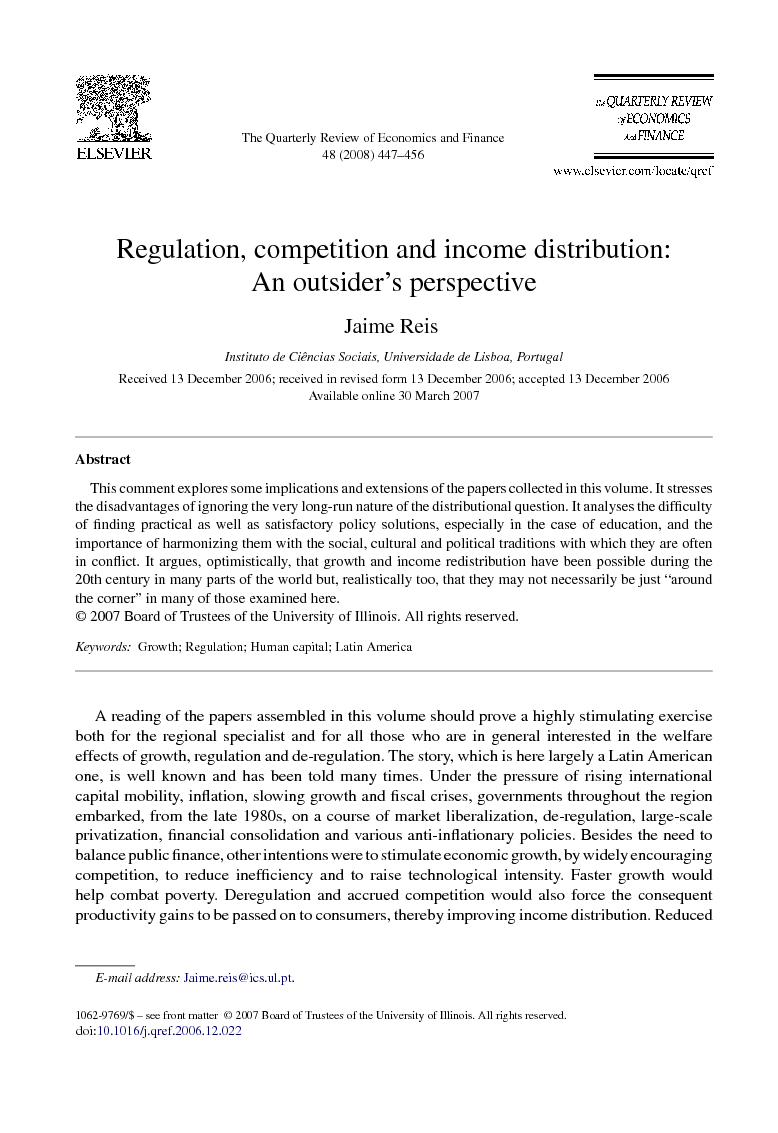 This comment explores some implications and extensions of the papers collected in this volume. It stresses the disadvantages of ignoring the very long-run nature of the distributional question. It analyses the difficulty of finding practical as well as satisfactory policy solutions, especially in the case of education, and the importance of harmonizing them with the social, cultural and political traditions with which they are often in conflict. It argues, optimistically, that growth and income redistribution have been possible during the 20th century in many parts of the world but, realistically too, that they may not necessarily be just “around the corner” in many of those examined here.