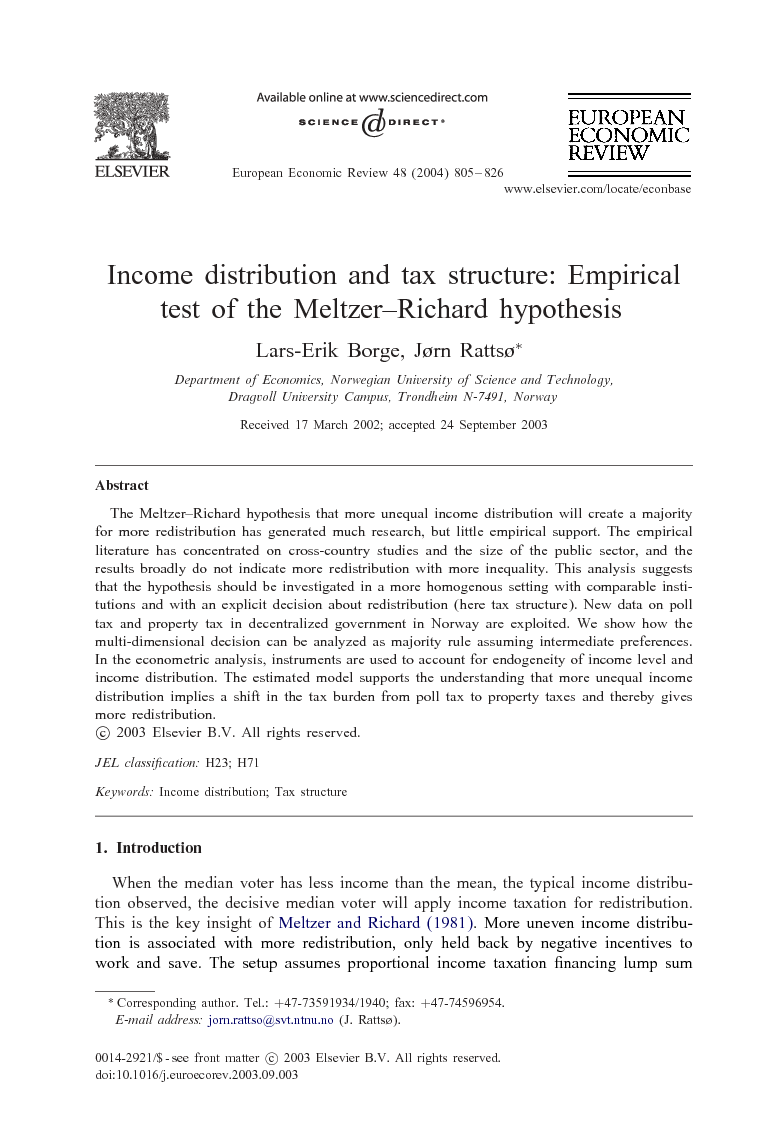 The Meltzer–Richard hypothesis that more unequal income distribution will create a majority for more redistribution has generated much research, but little empirical support. The empirical literature has concentrated on cross-country studies and the size of the public sector, and the results broadly do not indicate more redistribution with more inequality. This analysis suggests that the hypothesis should be investigated in a more homogenous setting with comparable institutions and with an explicit decision about redistribution (here tax structure). New data on poll tax and property tax in decentralized government in Norway are exploited. We show how the multi-dimensional decision can be analyzed as majority rule assuming intermediate preferences. In the econometric analysis, instruments are used to account for endogeneity of income level and income distribution. The estimated model supports the understanding that more unequal income distribution implies a shift in the tax burden from poll tax to property taxes and thereby gives more redistribution.