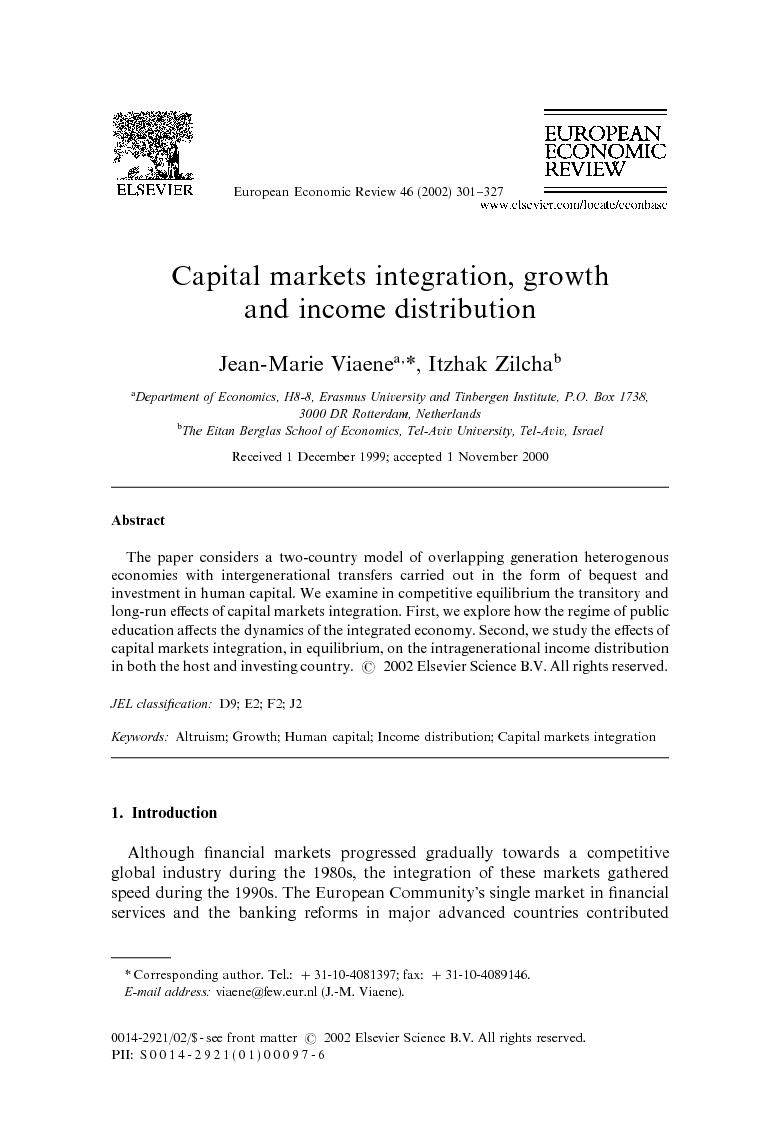 The paper considers a two-country model of overlapping generation heterogenous economies with intergenerational transfers carried out in the form of bequest and investment in human capital. We examine in competitive equilibrium the transitory and long-run effects of capital markets integration. First, we explore how the regime of public education affects the dynamics of the integrated economy. Second, we study the effects of capital markets integration, in equilibrium, on the intragenerational income distribution in both the host and investing country.