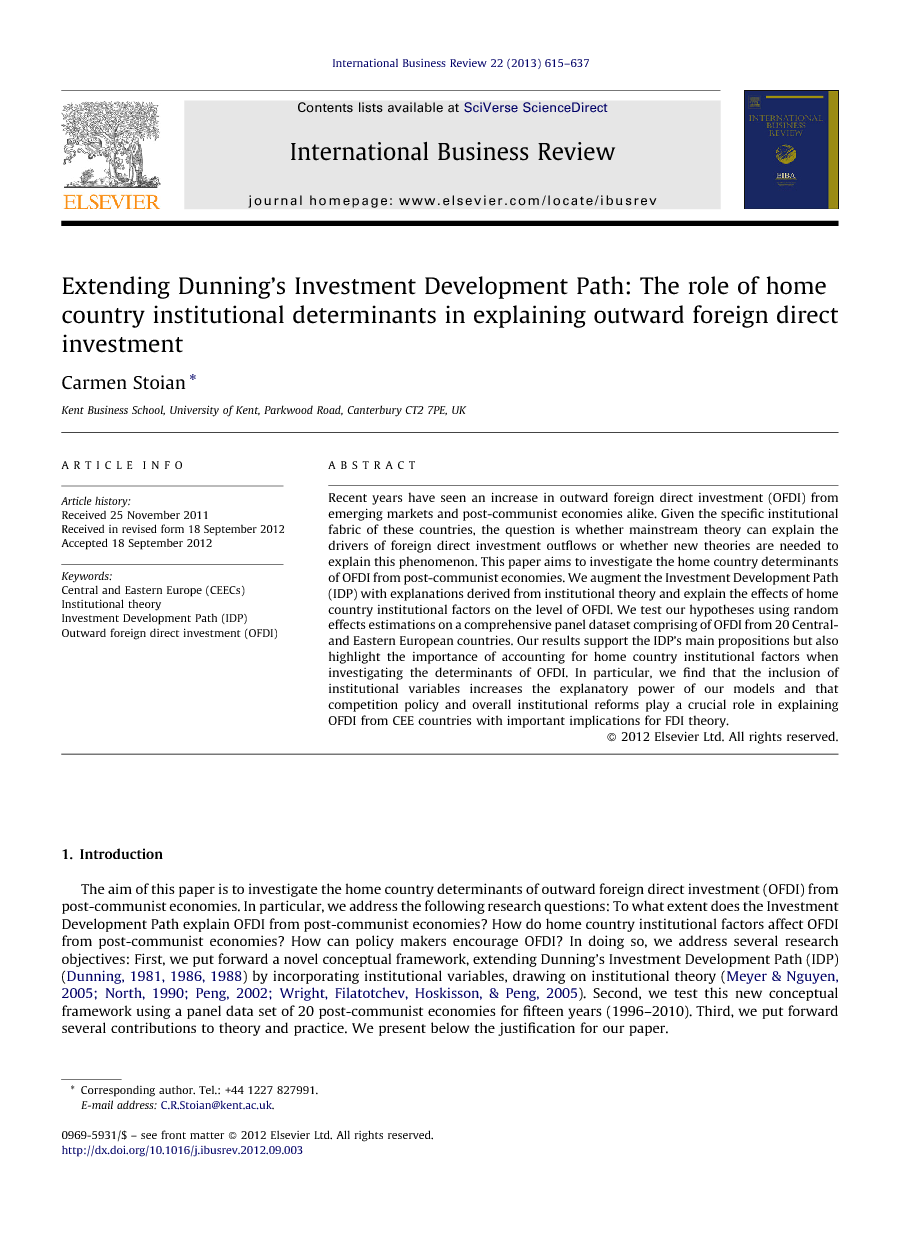 Recent years have seen an increase in outward foreign direct investment (OFDI) from emerging markets and post-communist economies alike. Given the specific institutional fabric of these countries, the question is whether mainstream theory can explain the drivers of foreign direct investment outflows or whether new theories are needed to explain this phenomenon. This paper aims to investigate the home country determinants of OFDI from post-communist economies. We augment the Investment Development Path (IDP) with explanations derived from institutional theory and explain the effects of home country institutional factors on the level of OFDI. We test our hypotheses using random effects estimations on a comprehensive panel dataset comprising of OFDI from 20 Central- and Eastern European countries. Our results support the IDP's main propositions but also highlight the importance of accounting for home country institutional factors when investigating the determinants of OFDI. In particular, we find that the inclusion of institutional variables increases the explanatory power of our models and that competition policy and overall institutional reforms play a crucial role in explaining OFDI from CEE countries with important implications for FDI theory.