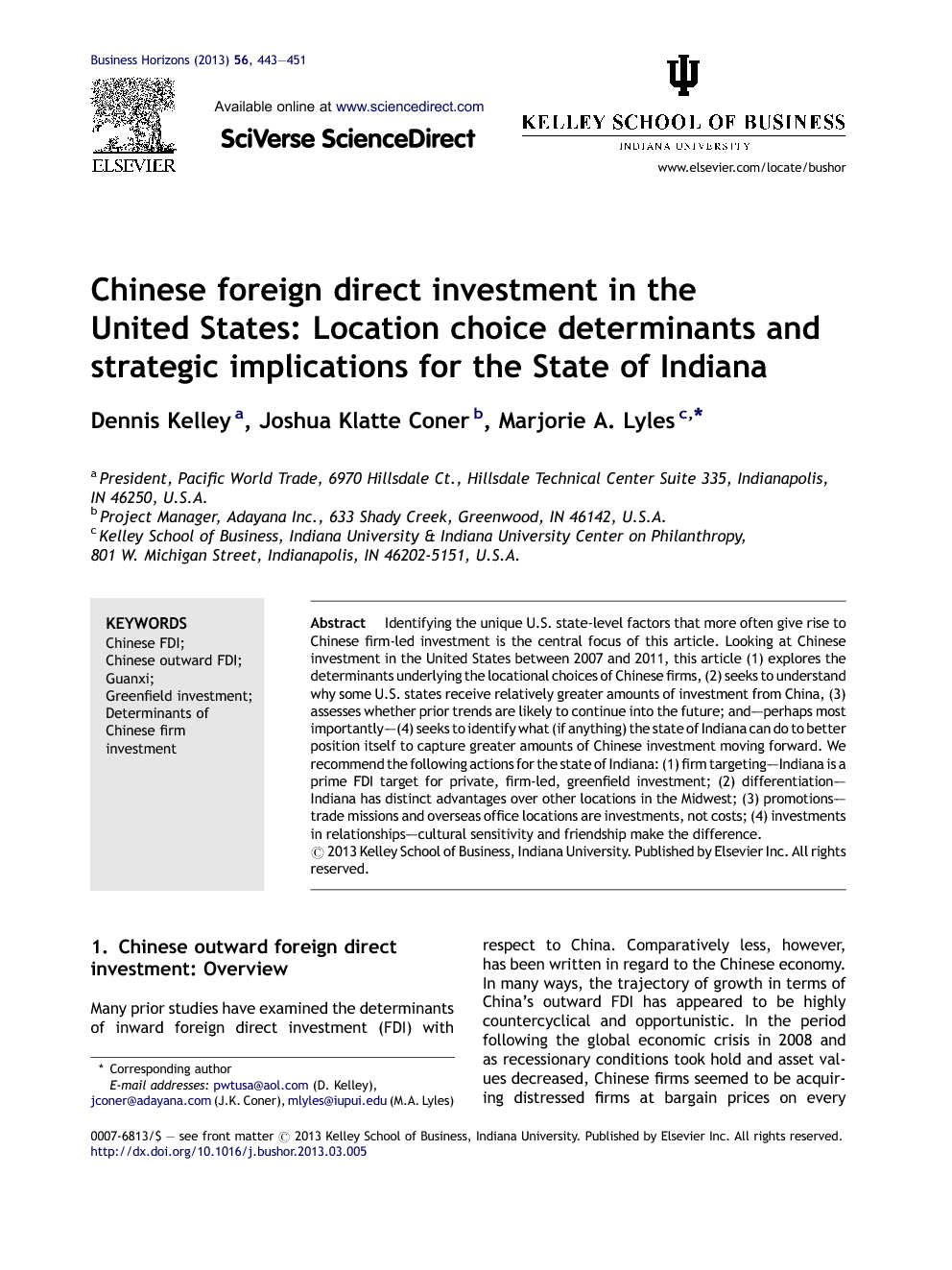 Identifying the unique U.S. state-level factors that more often give rise to Chinese firm-led investment is the central focus of this article. Looking at Chinese investment in the United States between 2007 and 2011, this article (1) explores the determinants underlying the locational choices of Chinese firms, (2) seeks to understand why some U.S. states receive relatively greater amounts of investment from China, (3) assesses whether prior trends are likely to continue into the future; and—perhaps most importantly—(4) seeks to identify what (if anything) the state of Indiana can do to better position itself to capture greater amounts of Chinese investment moving forward. We recommend the following actions for the state of Indiana: (1) firm targeting—Indiana is a prime FDI target for private, firm-led, greenfield investment; (2) differentiation— Indiana has distinct advantages over other locations in the Midwest; (3) promotions—trade missions and overseas office locations are investments, not costs; (4) investments in relationships—cultural sensitivity and friendship make the difference.