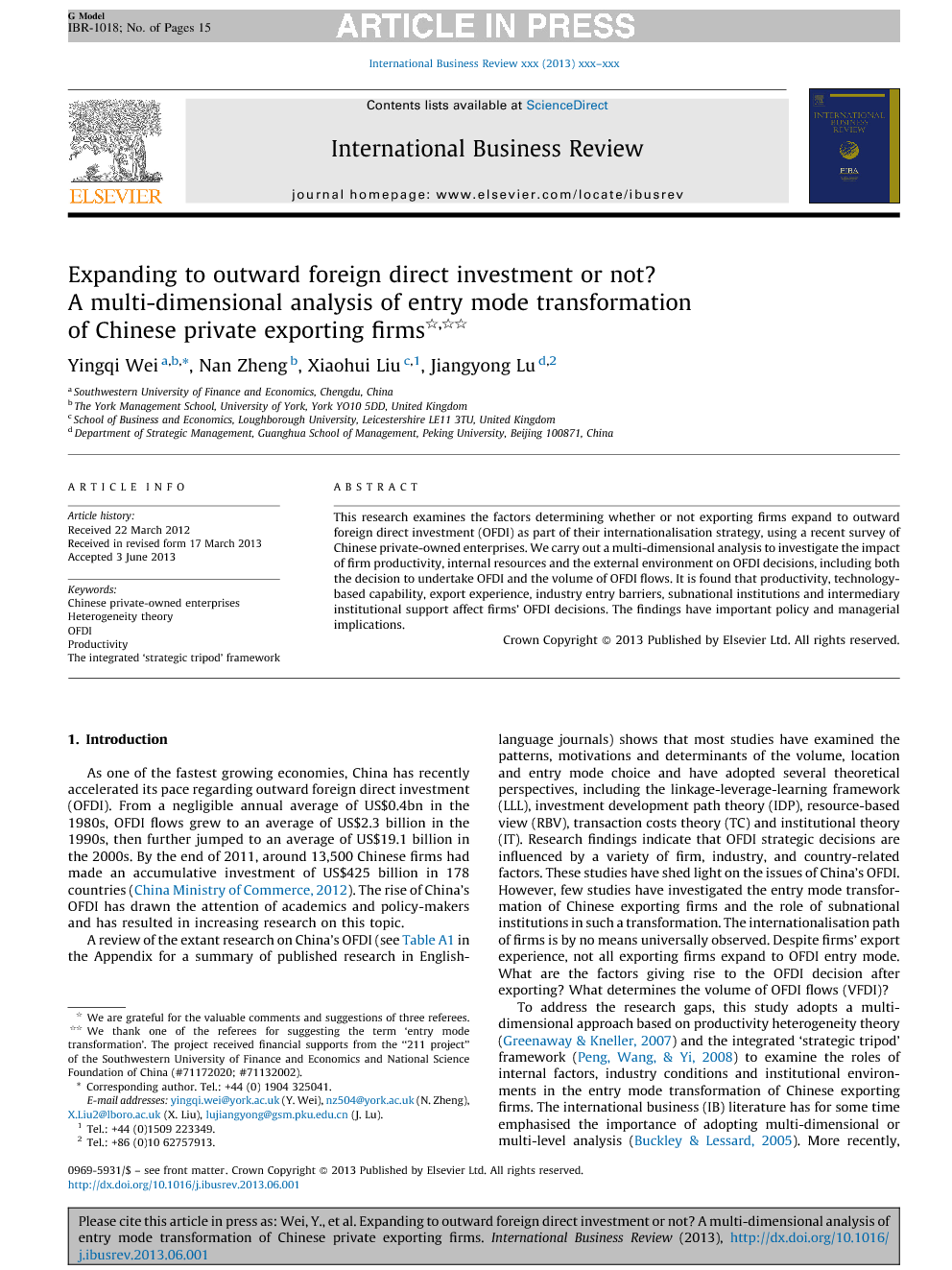 This research examines the factors determining whether or not exporting firms expand to outward foreign direct investment (OFDI) as part of their internationalisation strategy, using a recent survey of Chinese private-owned enterprises. We carry out a multi-dimensional analysis to investigate the impact of firm productivity, internal resources and the external environment on OFDI decisions, including both the decision to undertake OFDI and the volume of OFDI flows. It is found that productivity, technology-based capability, export experience, industry entry barriers, subnational institutions and intermediary institutional support affect firms’ OFDI decisions. The findings have important policy and managerial implications.