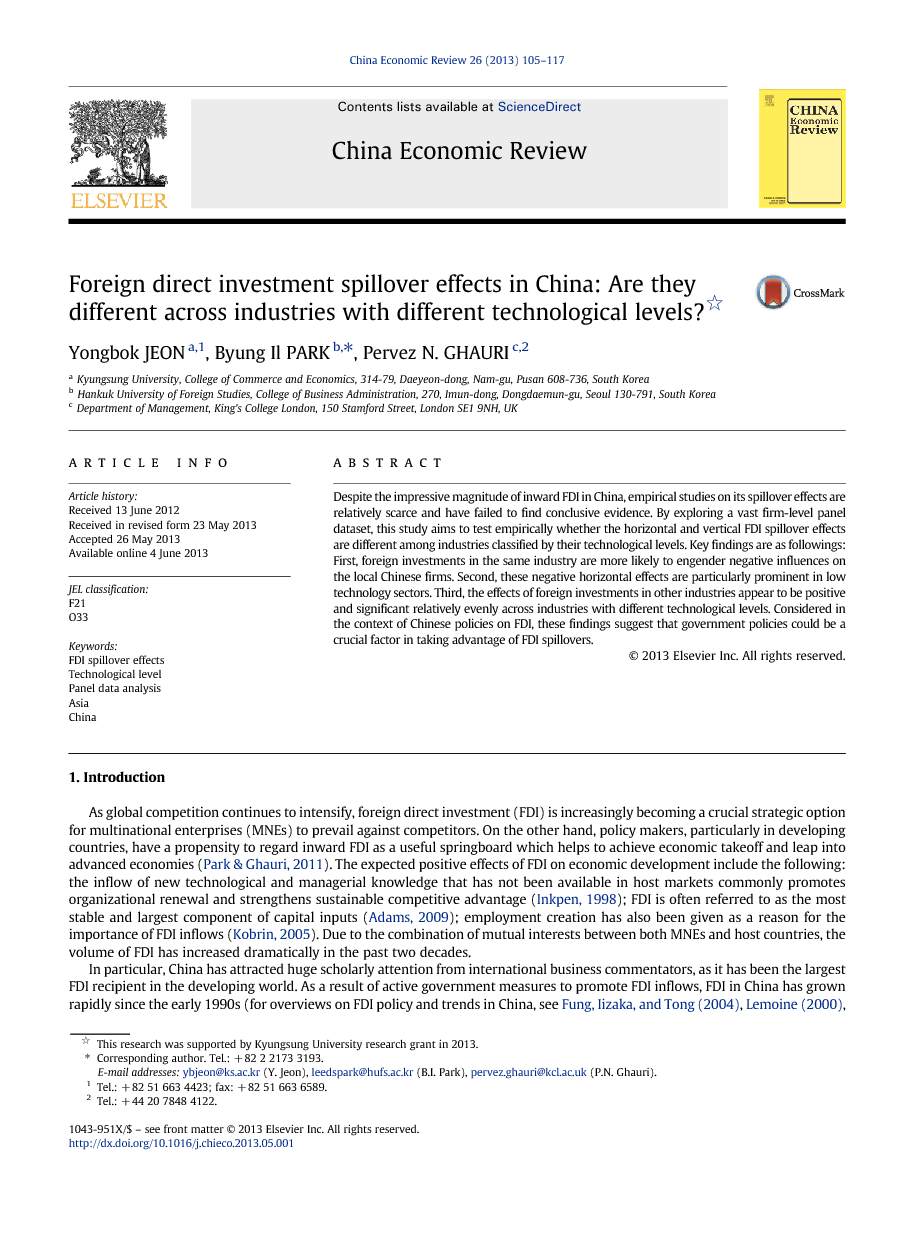 Despite the impressive magnitude of inward FDI in China, empirical studies on its spillover effects are relatively scarce and have failed to find conclusive evidence. By exploring a vast firm-level panel dataset, this study aims to test empirically whether the horizontal and vertical FDI spillover effects are different among industries classified by their technological levels. Key findings are as followings: First, foreign investments in the same industry are more likely to engender negative influences on the local Chinese firms. Second, these negative horizontal effects are particularly prominent in low technology sectors. Third, the effects of foreign investments in other industries appear to be positive and significant relatively evenly across industries with different technological levels. Considered in the context of Chinese policies on FDI, these findings suggest that government policies could be a crucial factor in taking advantage of FDI spillovers.