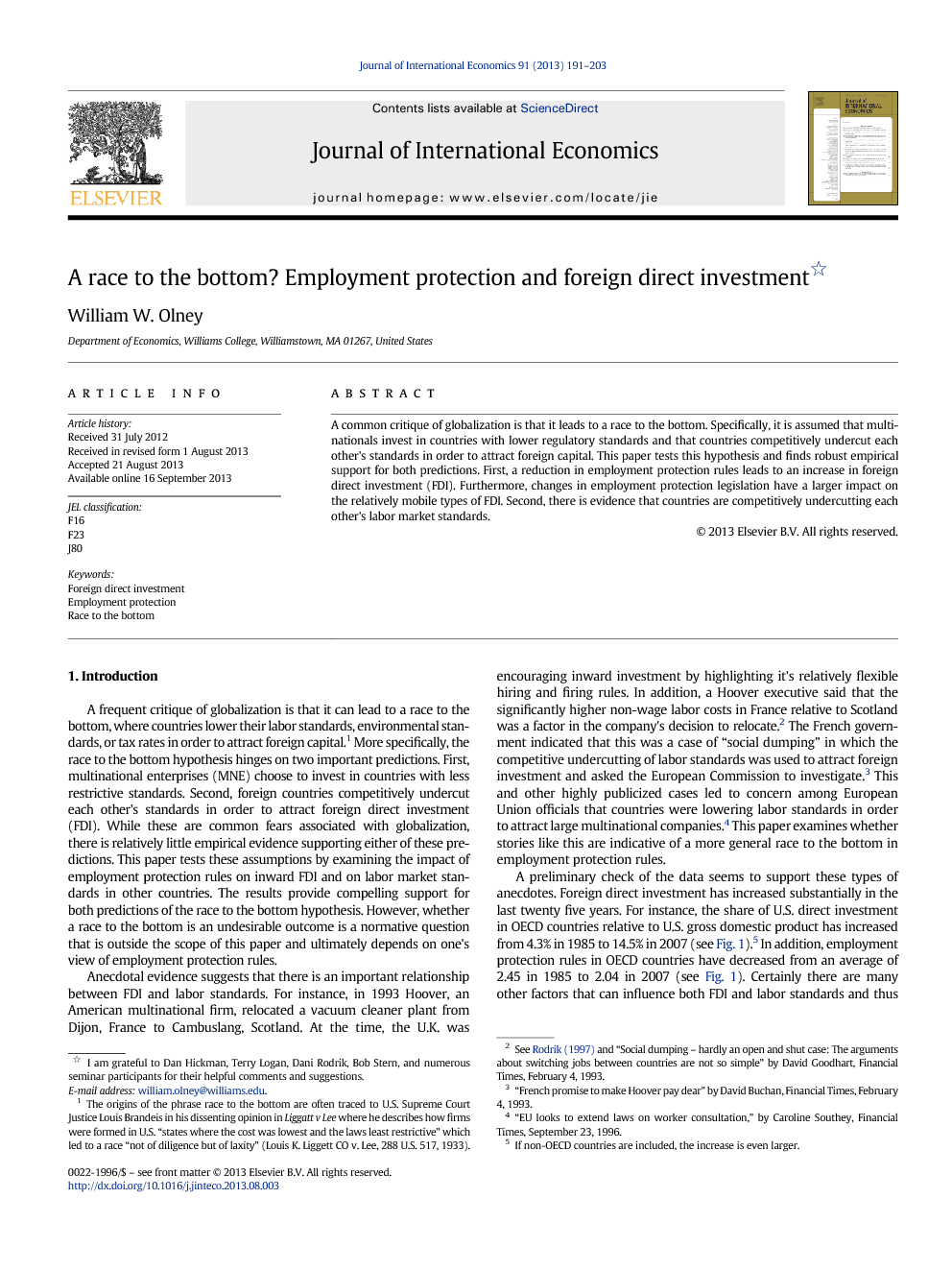 A common critique of globalization is that it leads to a race to the bottom. Specifically, it is assumed that multinationals invest in countries with lower regulatory standards and that countries competitively undercut each other's standards in order to attract foreign capital. This paper tests this hypothesis and finds robust empirical support for both predictions. First, a reduction in employment protection rules leads to an increase in foreign direct investment (FDI). Furthermore, changes in employment protection legislation have a larger impact on the relatively mobile types of FDI. Second, there is evidence that countries are competitively undercutting each other's labor market standards.