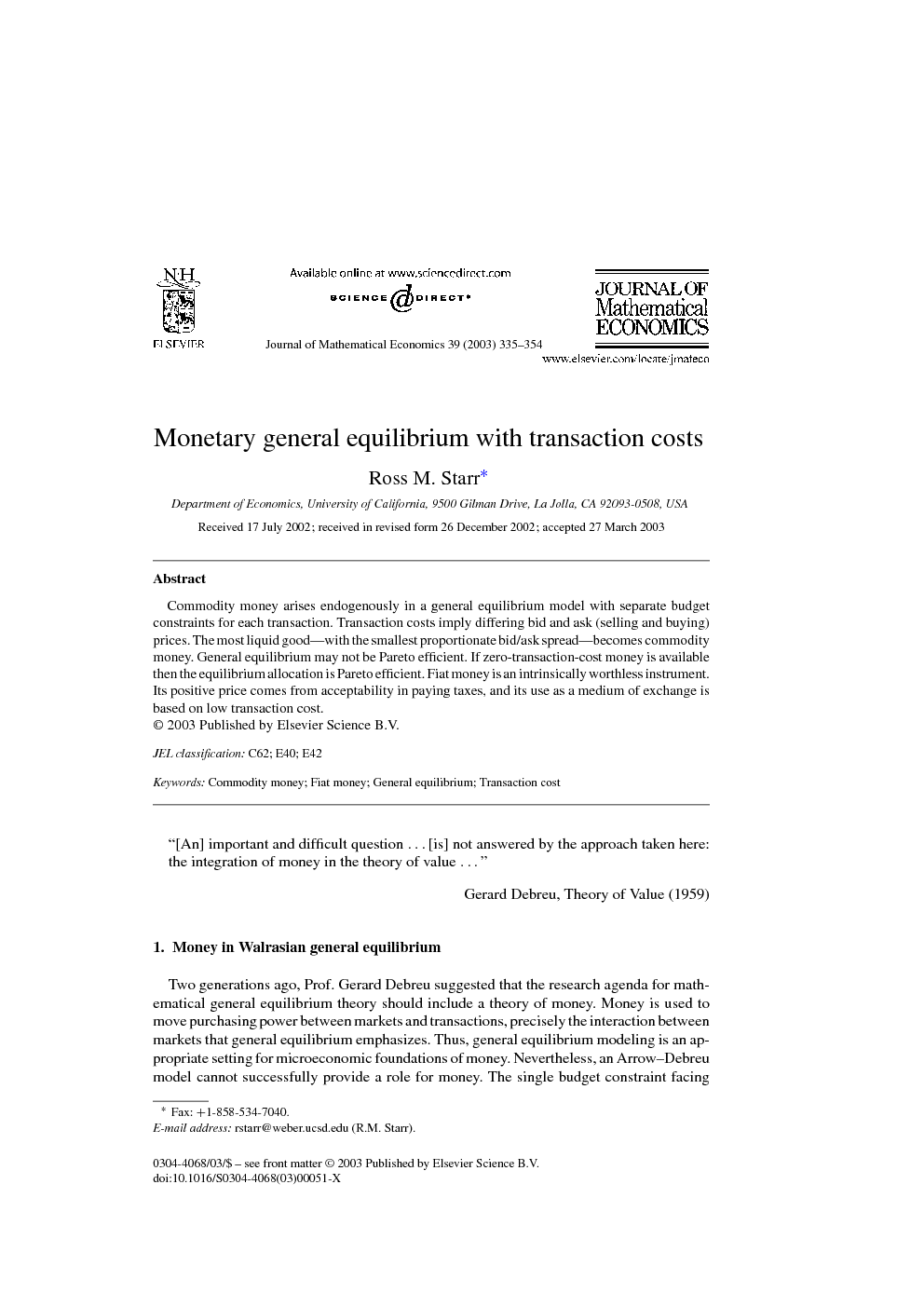 Commodity money arises endogenously in a general equilibrium model with separate budget constraints for each transaction. Transaction costs imply differing bid and ask (selling and buying) prices. The most liquid good—with the smallest proportionate bid/ask spread—becomes commodity money. General equilibrium may not be Pareto efficient. If zero-transaction-cost money is available then the equilibrium allocation is Pareto efficient. Fiat money is an intrinsically worthless instrument. Its positive price comes from acceptability in paying taxes, and its use as a medium of exchange is based on low transaction cost.

An Arrow–Debreu general equilibrium model modified to include transaction costs and multiple budget constraints implies monetary trade as a consequence of the equilibrium. Commodity (and fiat) money flows are endogenously determined as part of the equilibrium actions of firms and households. Liquidity is priced in the bid/ask spread; prices provide a direct incentive to concentrate the medium of exchange function in goods with the narrowest bid/ask spread. Fiat money’s positive value is supported by acceptability in payment of taxes and it becomes the common medium of exchange because of low transaction cost. Commodity or fiat money with a zero-transaction-cost leads to Pareto efficient equilibrium allocation.