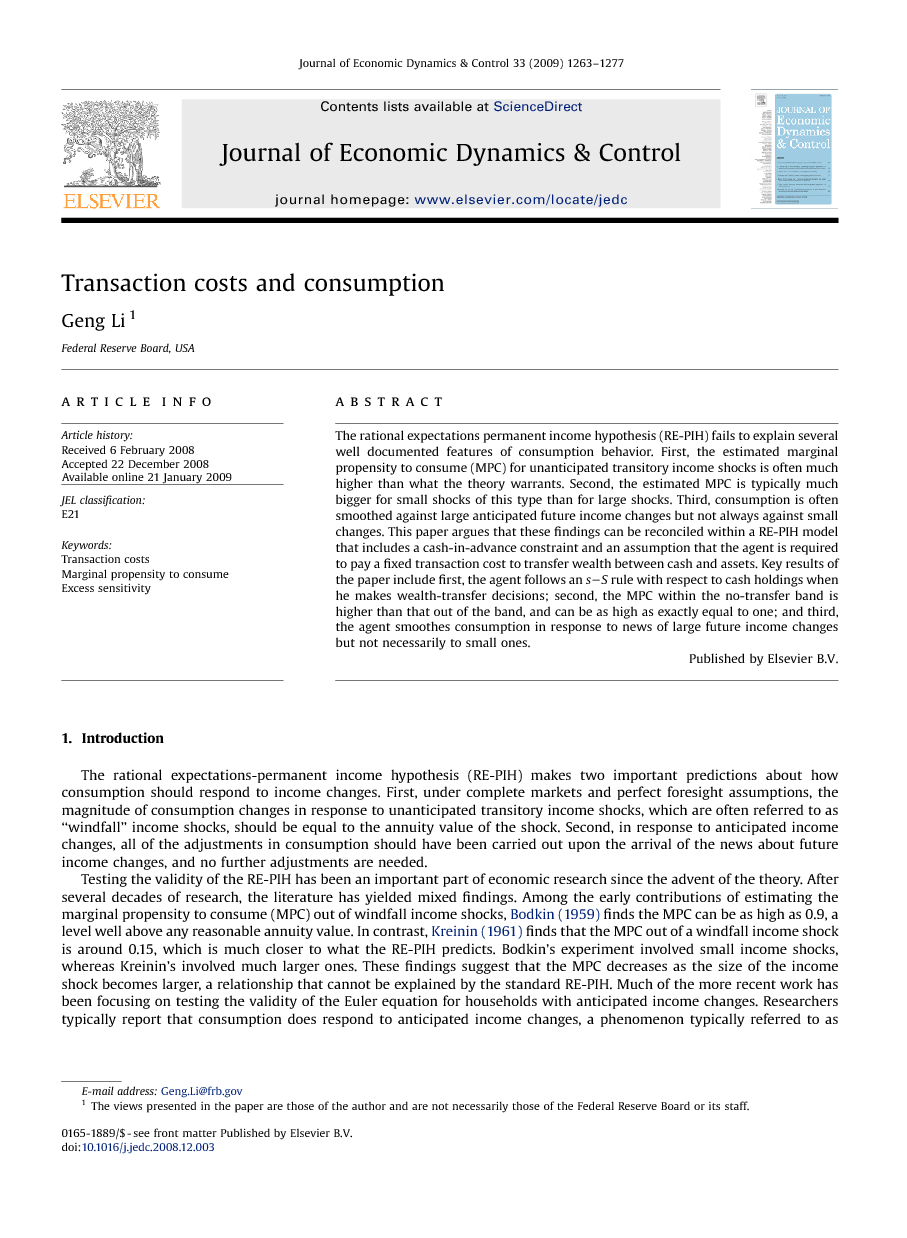 The rational expectations permanent income hypothesis (RE-PIH) fails to explain several well documented features of consumption behavior. First, the estimated marginal propensity to consume (MPC) for unanticipated transitory income shocks is often much higher than what the theory warrants. Second, the estimated MPC is typically much bigger for small shocks of this type than for large shocks. Third, consumption is often smoothed against large anticipated future income changes but not always against small changes. This paper argues that these findings can be reconciled within a RE-PIH model that includes a cash-in-advance constraint and an assumption that the agent is required to pay a fixed transaction cost to transfer wealth between cash and assets. Key results of the paper include first, the agent follows an s–Ss–S rule with respect to cash holdings when he makes wealth-transfer decisions; second, the MPC within the no-transfer band is higher than that out of the band, and can be as high as exactly equal to one; and third, the agent smoothes consumption in response to news of large future income changes but not necessarily to small ones.