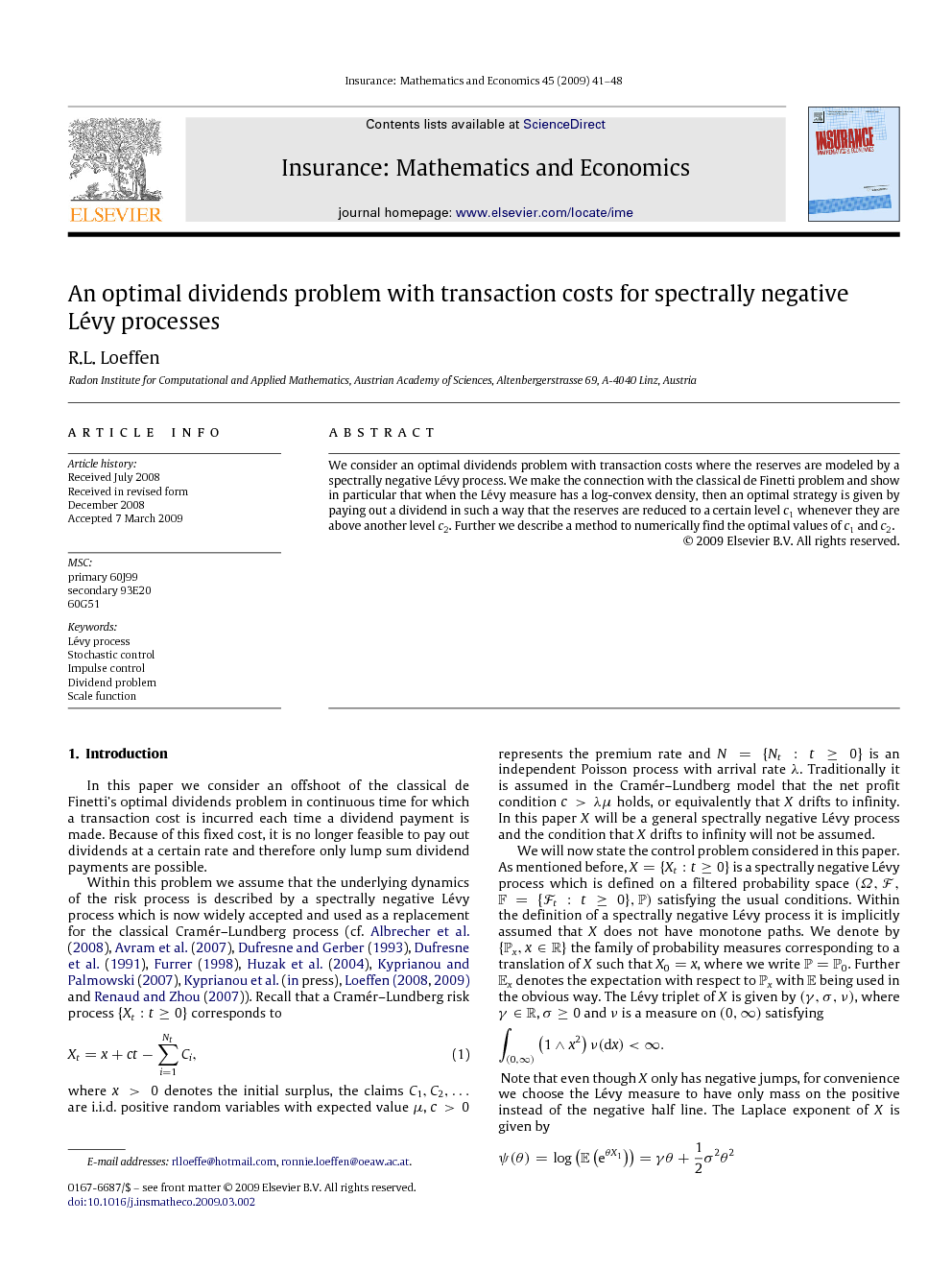 We consider an optimal dividends problem with transaction costs where the reserves are modeled by a spectrally negative Lévy process. We make the connection with the classical de Finetti problem and show in particular that when the Lévy measure has a log-convex density, then an optimal strategy is given by paying out a dividend in such a way that the reserves are reduced to a certain level c1c1 whenever they are above another level c2c2. Further we describe a method to numerically find the optimal values of c1c1 and c2c2.

For the second example we consider, we let X be a CramérLundberg risk process as in (1) with Lévy measure given by .dx/ D 2xe