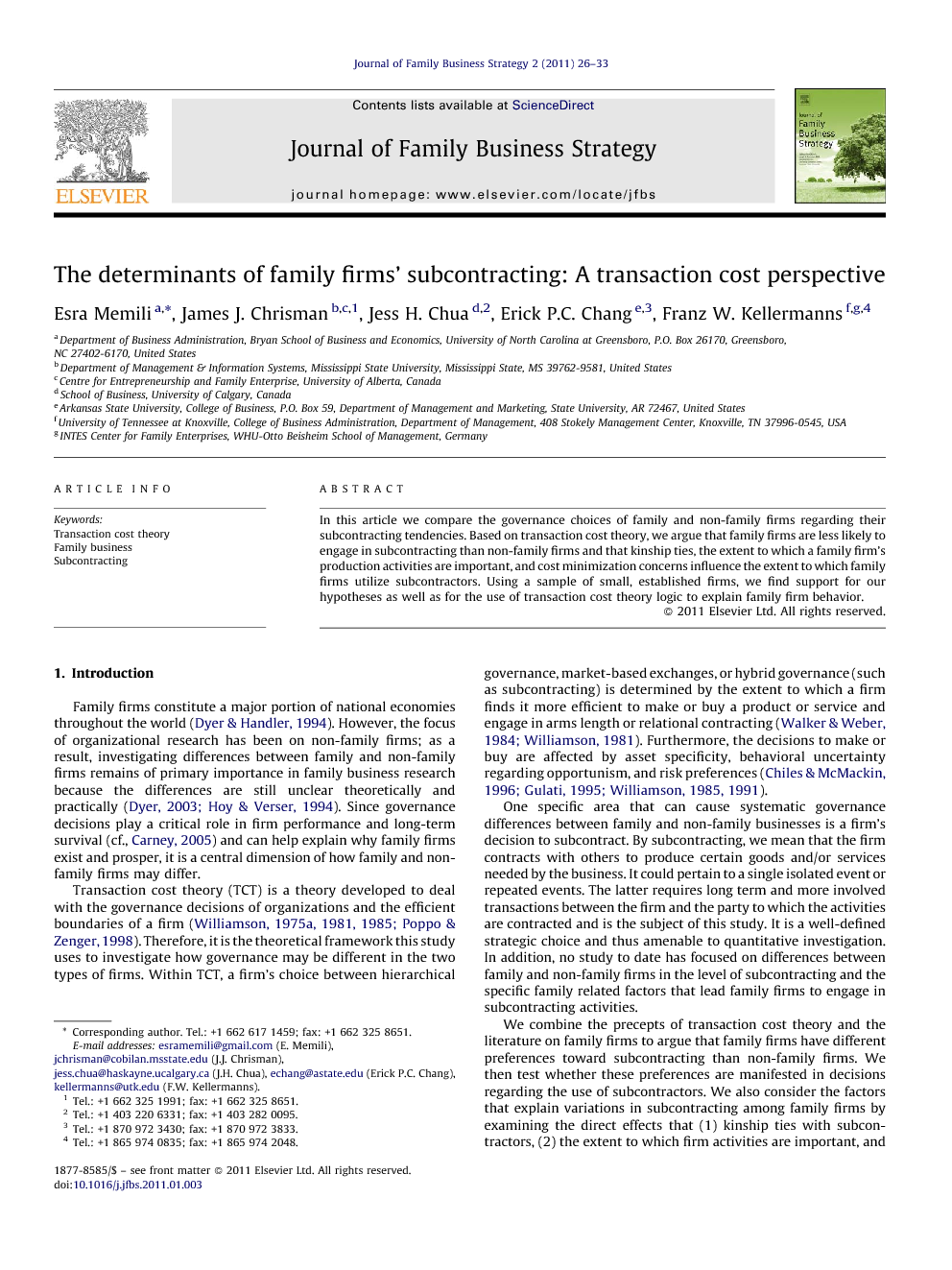 Family firms constitute a major portion of national economies throughout the world (Dyer & Handler, 1994). However, the focus of organizational research has been on non-family firms; as a result, investigating differences between family and non-family firms remains of primary importance in family business research because the differences are still unclear theoretically and practically (Dyer, 2003 and Hoy and Verser, 1994). Since governance decisions play a critical role in firm performance and long-term survival (cf., Carney, 2005) and can help explain why family firms exist and prosper, it is a central dimension of how family and non-family firms may differ. Transaction cost theory (TCT) is a theory developed to deal with the governance decisions of organizations and the efficient boundaries of a firm (Williamson, 1975a, Williamson, 1981, Williamson, 1985 and Poppo and Zenger, 1998). Therefore, it is the theoretical framework this study uses to investigate how governance may be different in the two types of firms. Within TCT, a firm's choice between hierarchical governance, market-based exchanges, or hybrid governance (such as subcontracting) is determined by the extent to which a firm finds it more efficient to make or buy a product or service and engage in arms length or relational contracting (Walker and Weber, 1984 and Williamson, 1981). Furthermore, the decisions to make or buy are affected by asset specificity, behavioral uncertainty regarding opportunism, and risk preferences (Chiles and McMackin, 1996, Gulati, 1995, Williamson, 1985 and Williamson, 1991).