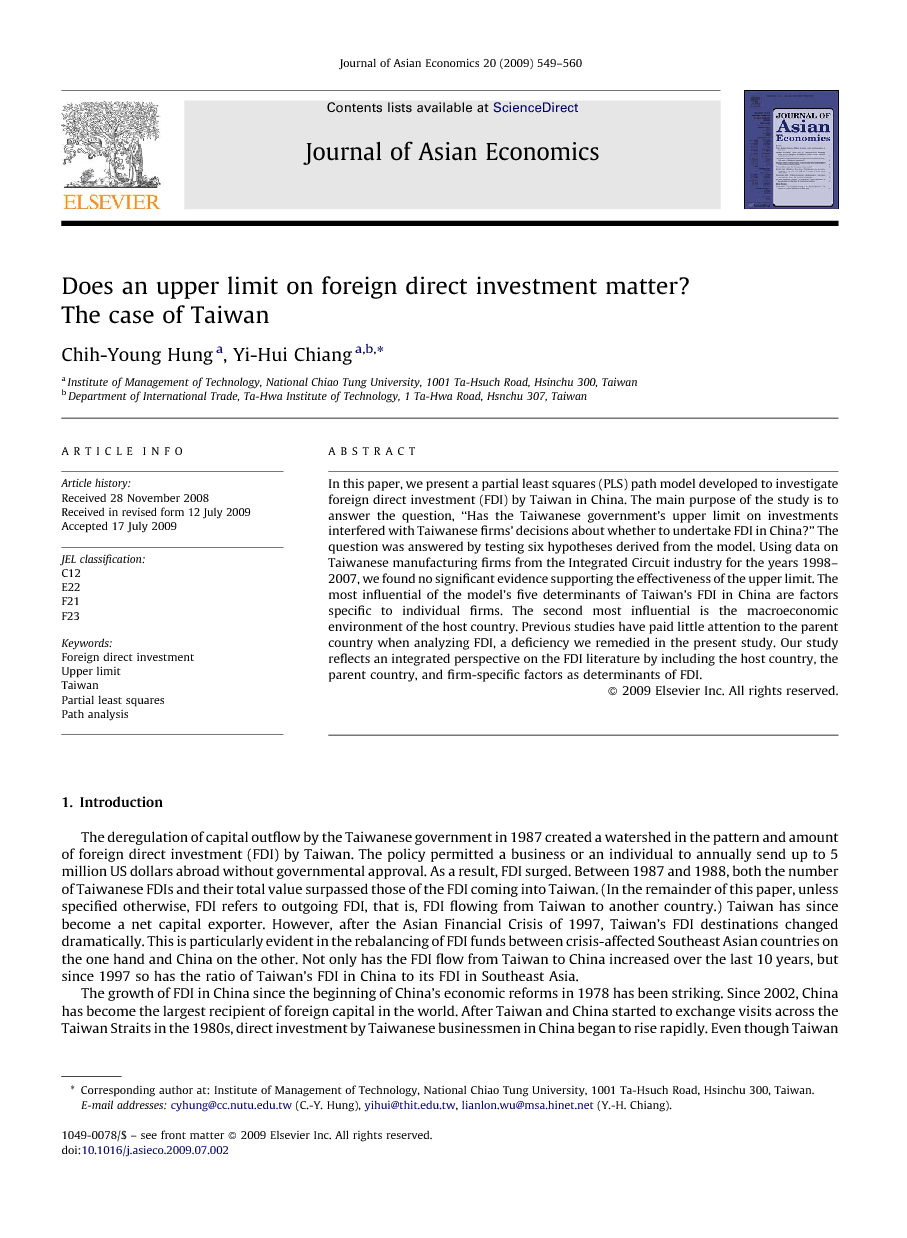 In this paper, we present a partial least squares (PLS) path model developed to investigate foreign direct investment (FDI) by Taiwan in China. The main purpose of the study is to answer the question, “Has the Taiwanese government's upper limit on investments interfered with Taiwanese firms’ decisions about whether to undertake FDI in China?” The question was answered by testing six hypotheses derived from the model. Using data on Taiwanese manufacturing firms from the Integrated Circuit industry for the years 1998–2007, we found no significant evidence supporting the effectiveness of the upper limit. The most influential of the model's five determinants of Taiwan's FDI in China are factors specific to individual firms. The second most influential is the macroeconomic environment of the host country. Previous studies have paid little attention to the parent country when analyzing FDI, a deficiency we remedied in the present study. Our study reflects an integrated perspective on the FDI literature by including the host country, the parent country, and firm-specific factors as determinants of FDI.