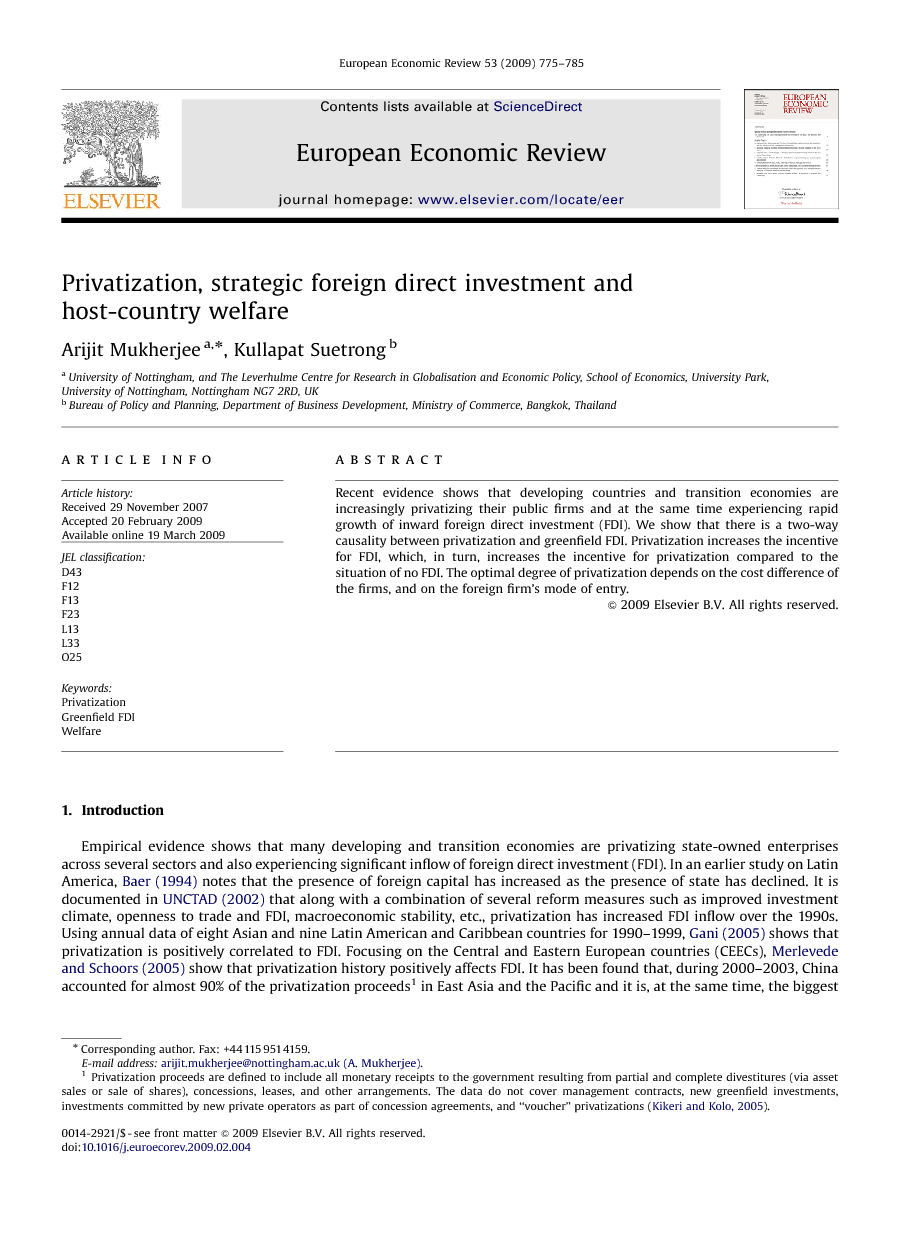 Recent evidence shows that developing countries and transition economies are increasingly privatizing their public firms and at the same time experiencing rapid growth of inward foreign direct investment (FDI). We show that there is a two-way causality between privatization and greenfield FDI. Privatization increases the incentive for FDI, which, in turn, increases the incentive for privatization compared to the situation of no FDI. The optimal degree of privatization depends on the cost difference of the firms, and on the foreign firm's mode of entry.