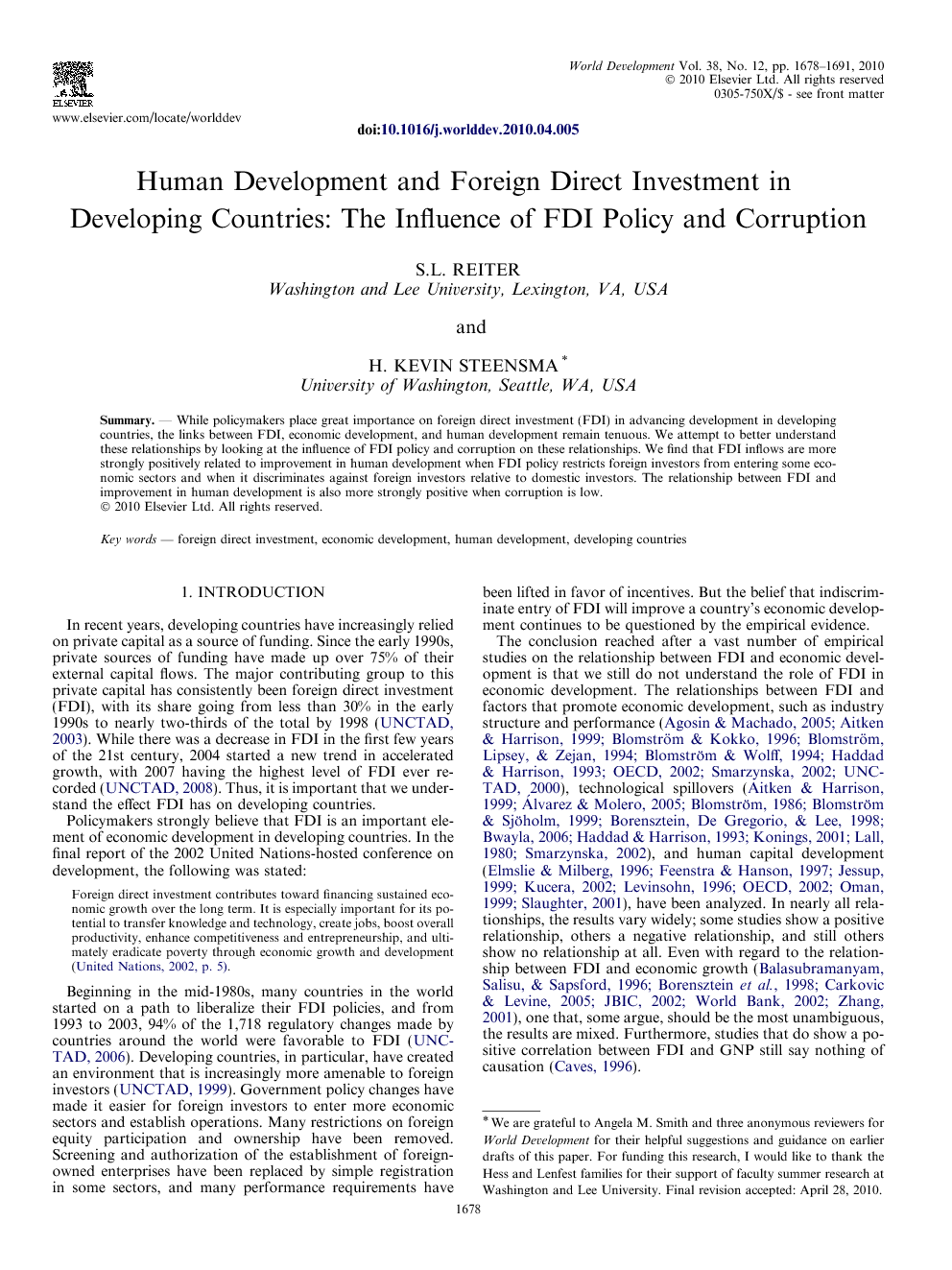 While policymakers place great importance on foreign direct investment (FDI) in advancing development in developing countries, the links between FDI, economic development, and human development remain tenuous. We attempt to better understand these relationships by looking at the influence of FDI policy and corruption on these relationships. We find that FDI inflows are more strongly positively related to improvement in human development when FDI policy restricts foreign investors from entering some economic sectors and when it discriminates against foreign investors relative to domestic investors. The relationship between FDI and improvement in human development is also more strongly positive when corruption is low.