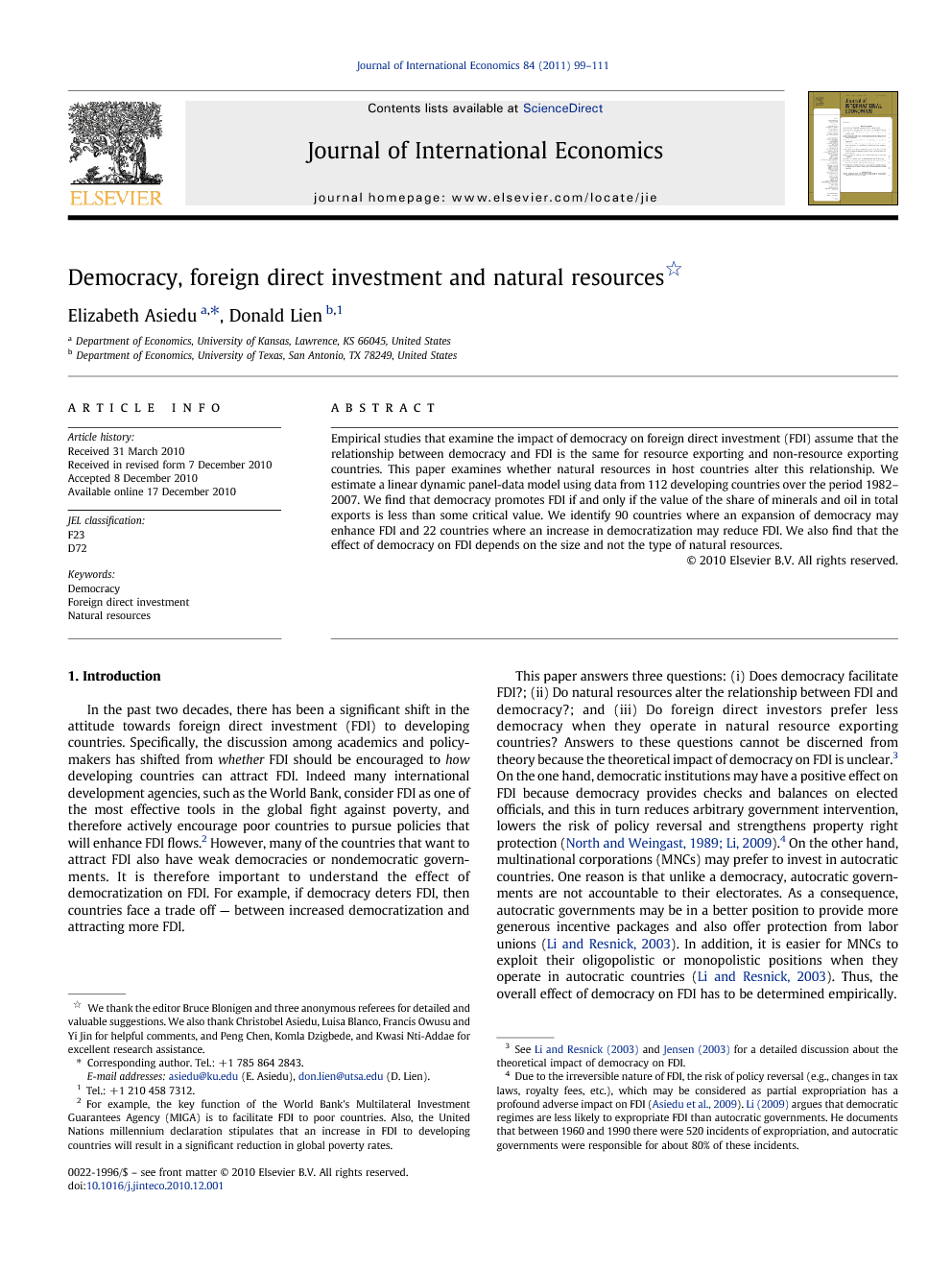 Empirical studies that examine the impact of democracy on foreign direct investment (FDI) assume that the relationship between democracy and FDI is the same for resource exporting and non-resource exporting countries. This paper examines whether natural resources in host countries alter this relationship. We estimate a linear dynamic panel-data model using data from 112 developing countries over the period 1982–2007. We find that democracy promotes FDI if and only if the value of the share of minerals and oil in total exports is less than some critical value. We identify 90 countries where an expansion of democracy may enhance FDI and 22 countries where an increase in democratization may reduce FDI. We also find that the effect of democracy on FDI depends on the size and not the type of natural resources.