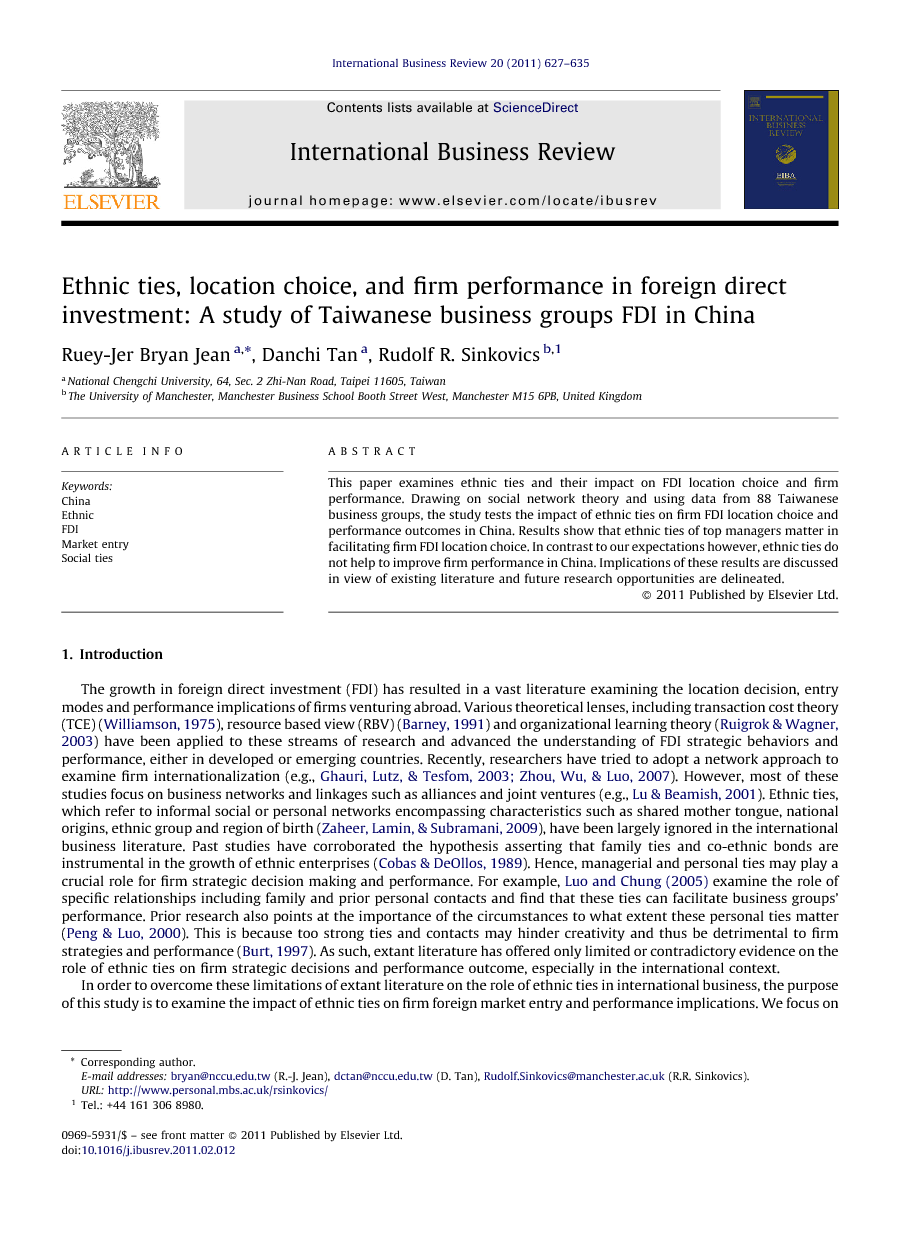 As global competition intensifies, firm are increasingly engaging and utilizing different types of networks and relationships in order to enhance their internationalization strategy. Particularly in emerging markets like China, developing specific Guanxi and networks has been identified as the key for success. This study provides a strong theoretical and empirical foundation for understanding how ethnic Chinese networks based on kinship and community ties can provide information benefits and overcome some barriers to FDI in China. Such a role has often been suggested but not adequately accounted for in the formal theory of international business. However, the field is only beginning to develop an understanding of how ethnic networks can shape firm FDI strategy. Thus, further research is recommended in this promising area in international business.