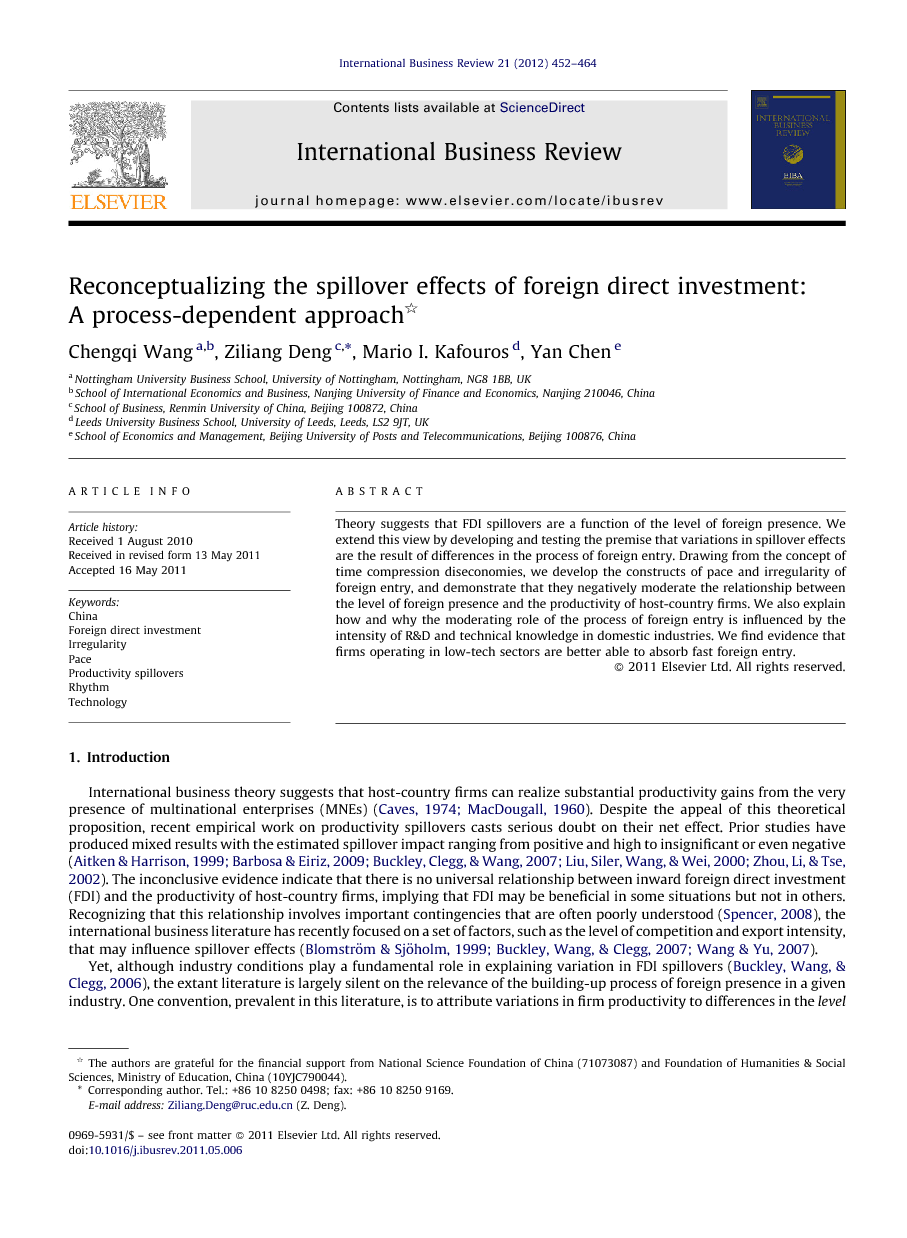 Theory suggests that FDI spillovers are a function of the level of foreign presence. We extend this view by developing and testing the premise that variations in spillover effects are the result of differences in the process of foreign entry. Drawing from the concept of time compression diseconomies, we develop the constructs of pace and irregularity of foreign entry, and demonstrate that they negatively moderate the relationship between the level of foreign presence and the productivity of host-country firms. We also explain how and why the moderating role of the process of foreign entry is influenced by the intensity of R&D and technical knowledge in domestic industries. We find evidence that firms operating in low-tech sectors are better able to absorb fast foreign entry.