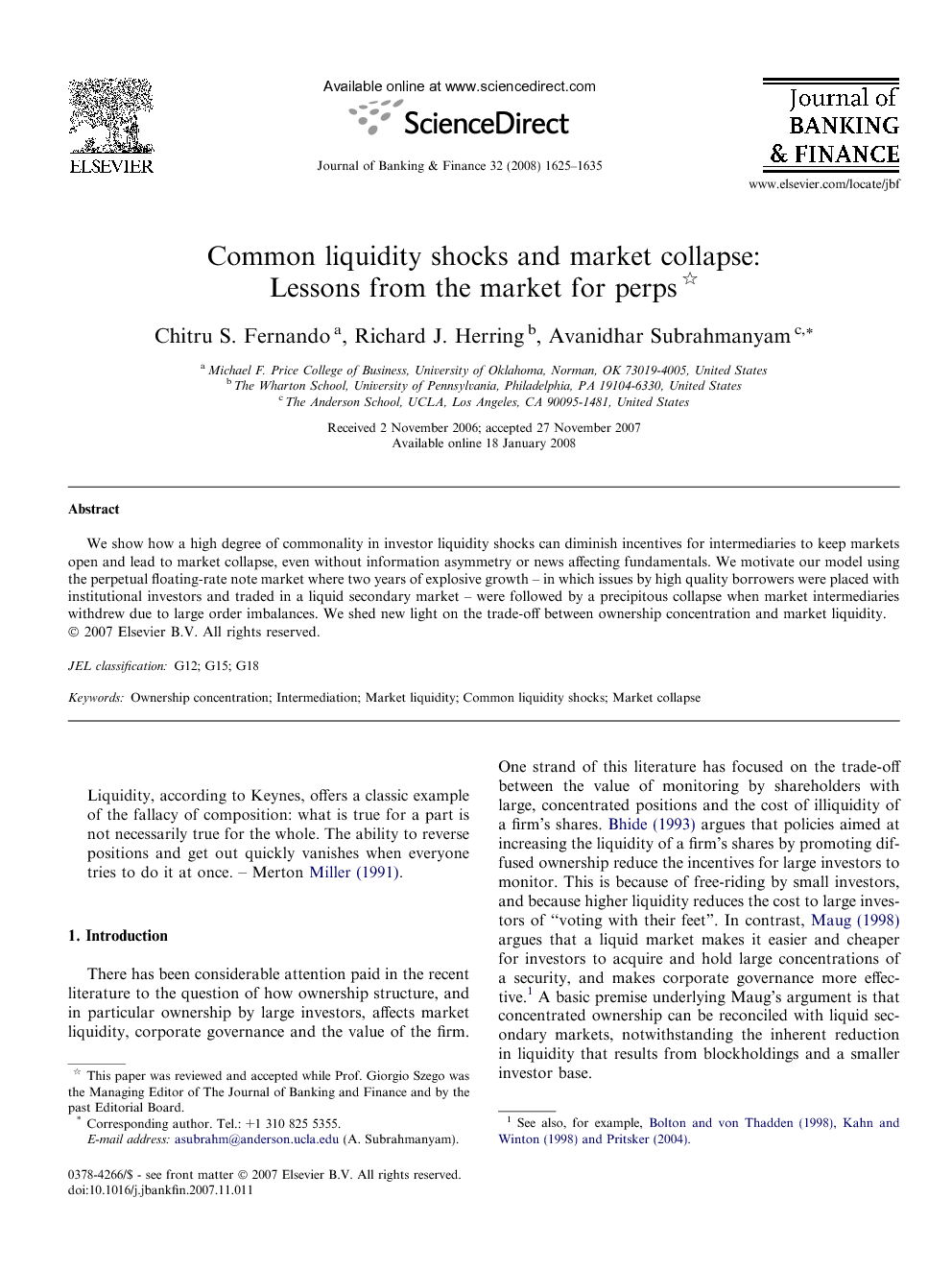 We show how a high degree of commonality in investor liquidity shocks can diminish incentives for intermediaries to keep markets open and lead to market collapse, even without information asymmetry or news affecting fundamentals. We motivate our model using the perpetual floating-rate note market where two years of explosive growth – in which issues by high quality borrowers were placed with institutional investors and traded in a liquid secondary market – were followed by a precipitous collapse when market intermediaries withdrew due to large order imbalances. We shed new light on the trade-off between ownership concentration and market liquidity.