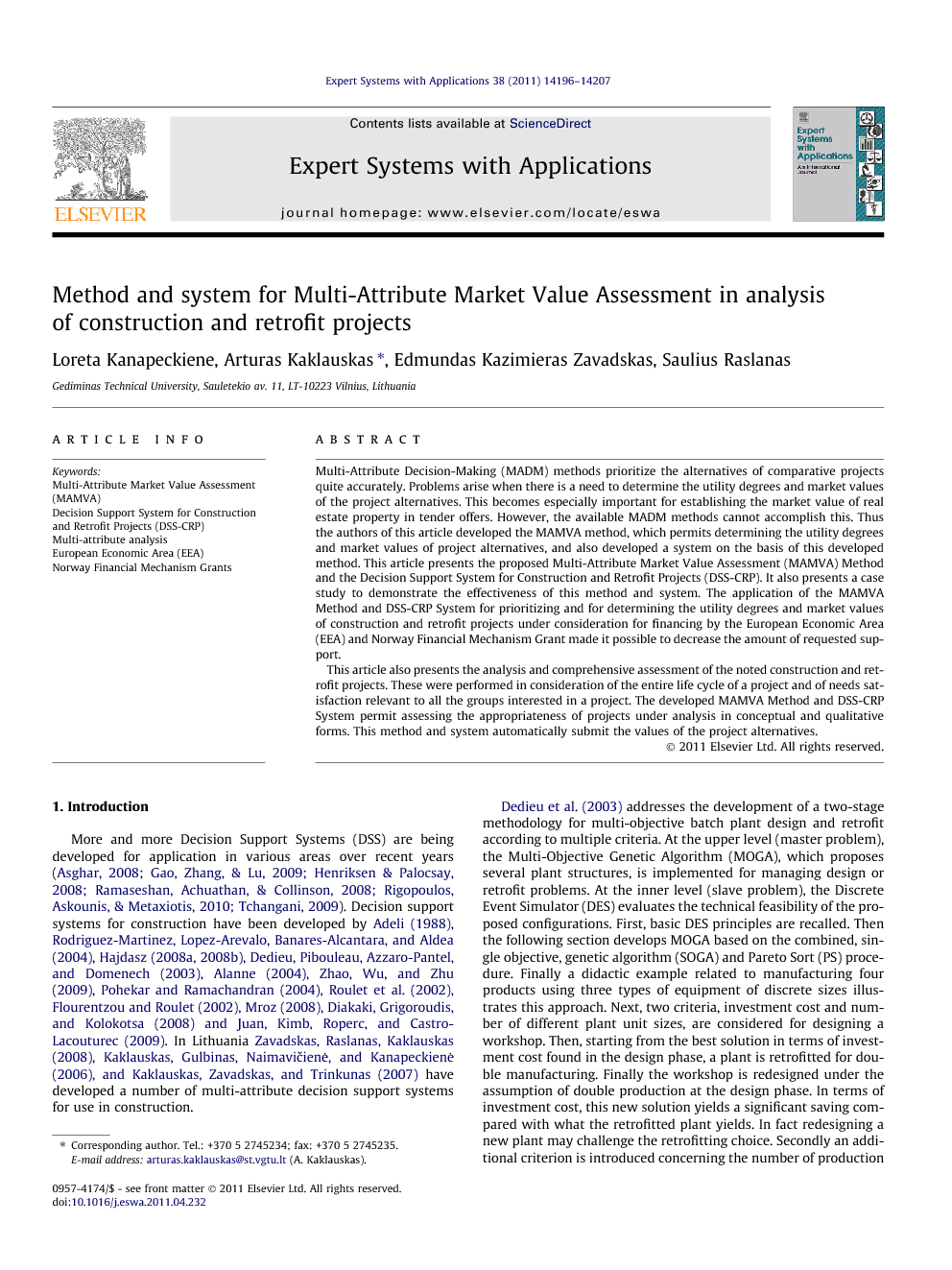 Multi-Attribute Decision-Making (MADM) methods prioritize the alternatives of comparative projects quite accurately. Problems arise when there is a need to determine the utility degrees and market values of the project alternatives. This becomes especially important for establishing the market value of real estate property in tender offers. However, the available MADM methods cannot accomplish this. Thus the authors of this article developed the MAMVA method, which permits determining the utility degrees and market values of project alternatives, and also developed a system on the basis of this developed method. This article presents the proposed Multi-Attribute Market Value Assessment (MAMVA) Method and the Decision Support System for Construction and Retrofit Projects (DSS-CRP). It also presents a case study to demonstrate the effectiveness of this method and system. The application of the MAMVA Method and DSS-CRP System for prioritizing and for determining the utility degrees and market values of construction and retrofit projects under consideration for financing by the European Economic Area (EEA) and Norway Financial Mechanism Grant made it possible to decrease the amount of requested support.

The developed Multi-Attribute Market Value Assessment (MAMVA) Method permits establishing the market values of projects under analysis comprehensively by considering the entire life cycle of a project including all interested groups and assessing all the positive and negative attributes of the alternatives under consideration. A multi-attribute decision-making system has been developed and a complex database of construction and retrofit projects formed. Based on this database, the system generates conditions to comprehensively analyze the submitted construction and retrofit projects in quantitative and conceptual forms. The rational amounts of funding support and the market values of construction and retrofit projects financed by the EEA and Norway Financial Mechanism Grants can be established with the help of the developed method and multi-attribute decision-making system.