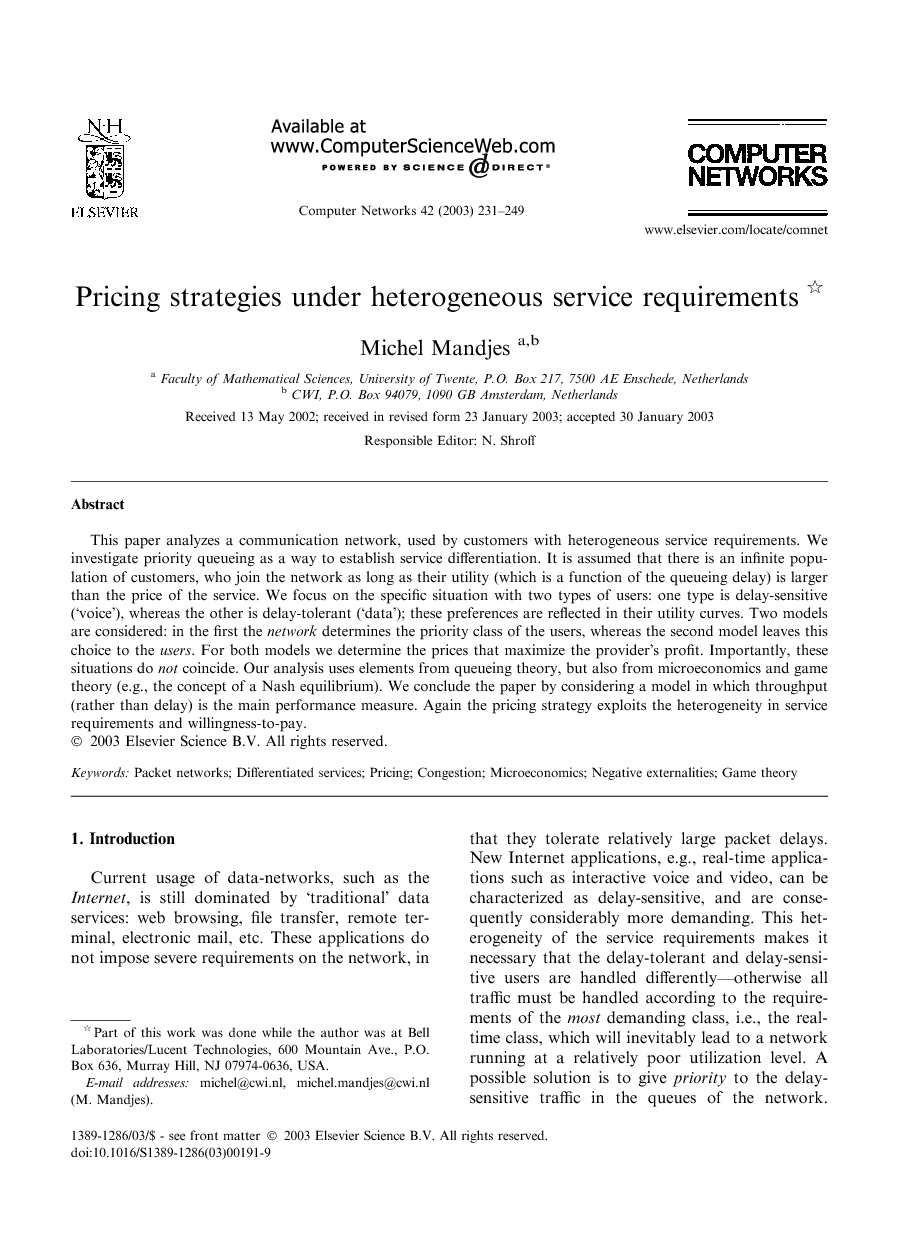 This paper analyzes a communication network, used by customers with heterogeneous service requirements. We investigate priority queueing as a way to establish service differentiation. It is assumed that there is an infinite population of customers, who join the network as long as their utility (which is a function of the queueing delay) is larger than the price of the service. We focus on the specific situation with two types of users: one type is delay-sensitive (‘voice’), whereas the other is delay-tolerant (‘data’); these preferences are reflected in their utility curves. Two models are considered: in the first the network determines the priority class of the users, whereas the second model leaves this choice to the users. For both models we determine the prices that maximize the provider’s profit. Importantly, these situations do not coincide. Our analysis uses elements from queueing theory, but also from microeconomics and game theory (e.g., the concept of a Nash equilibrium). We conclude the paper by considering a model in which throughput (rather than delay) is the main performance measure. Again the pricing strategy exploits the heterogeneity in service requirements and willingness-to-pay.