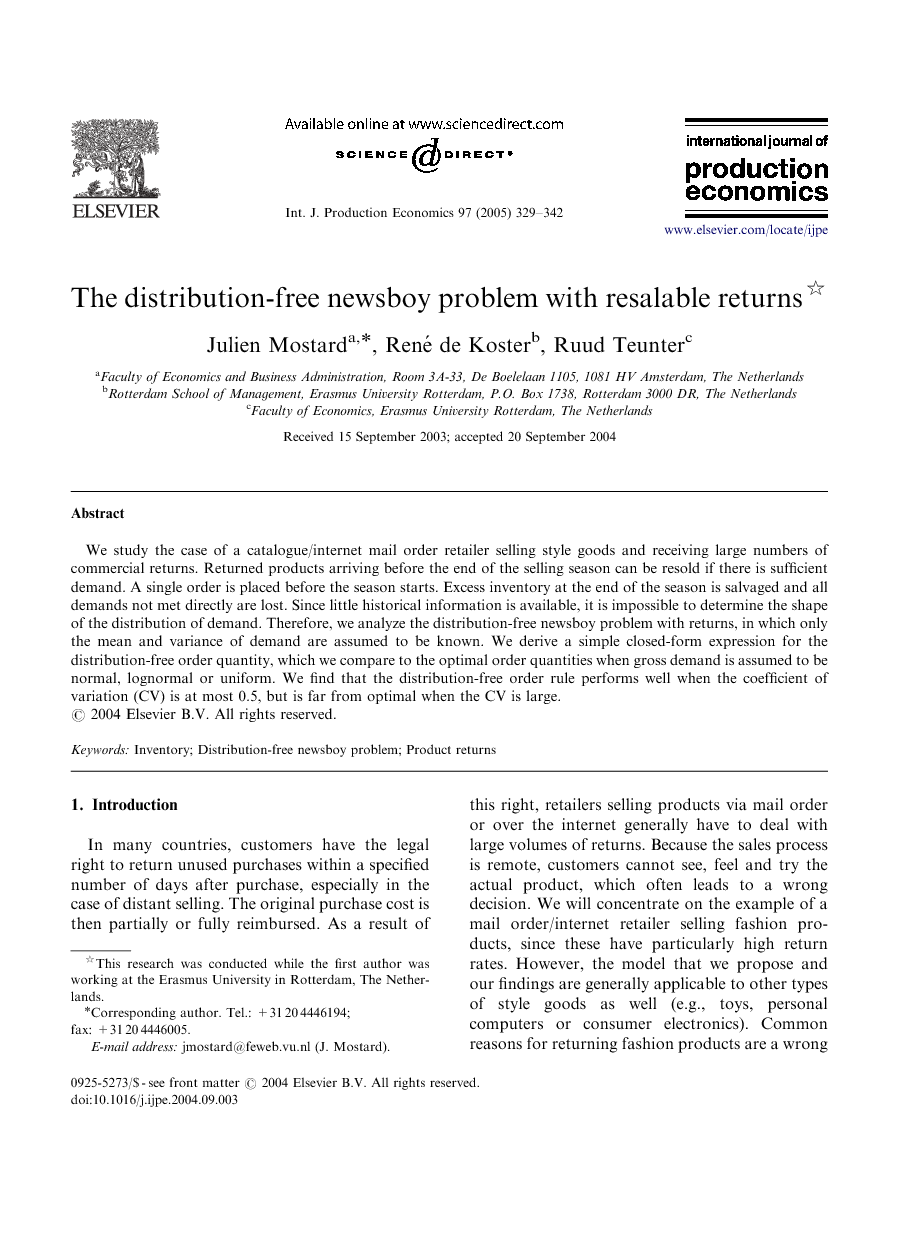 We study the case of a catalogue/internet mail order retailer selling style goods and receiving large numbers of commercial returns. Returned products arriving before the end of the selling season can be resold if there is sufficient demand. A single order is placed before the season starts. Excess inventory at the end of the season is salvaged and all demands not met directly are lost. Since little historical information is available, it is impossible to determine the shape of the distribution of demand. Therefore, we analyze the distribution-free newsboy problem with returns, in which only the mean and variance of demand are assumed to be known. We derive a simple closed-form expression for the distribution-free order quantity, which we compare to the optimal order quantities when gross demand is assumed to be normal, lognormal or uniform. We find that the distribution-free order rule performs well when the coefficient of variation (CV) is at most 0.5, but is far from optimal when the CV is large.