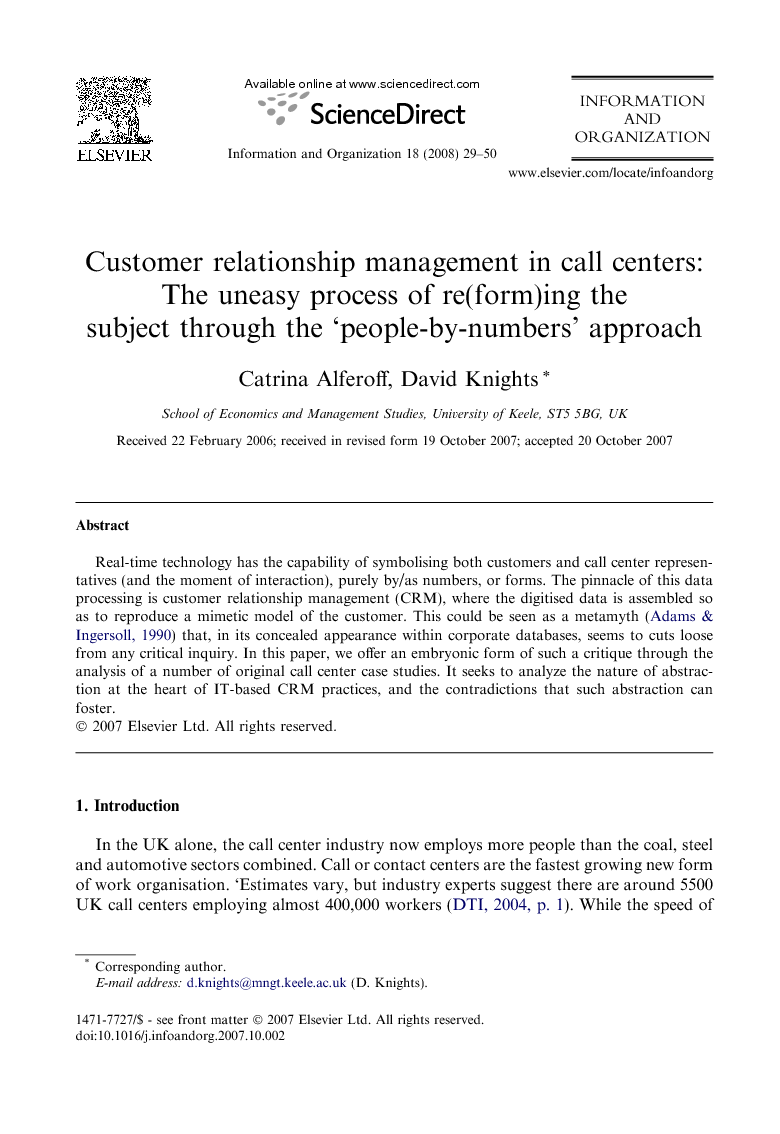 Real-time technology has the capability of symbolising both customers and call center representatives (and the moment of interaction), purely by/as numbers, or forms. The pinnacle of this data processing is customer relationship management (CRM), where the digitised data is assembled so as to reproduce a mimetic model of the customer. This could be seen as a metamyth (Adams & Ingersoll, 1990) that, in its concealed appearance within corporate databases, seems to cuts loose from any critical inquiry. In this paper, we offer an embryonic form of such a critique through the analysis of a number of original call center case studies. It seeks to analyze the nature of abstraction at the heart of IT-based CRM practices, and the contradictions that such abstraction can foster.