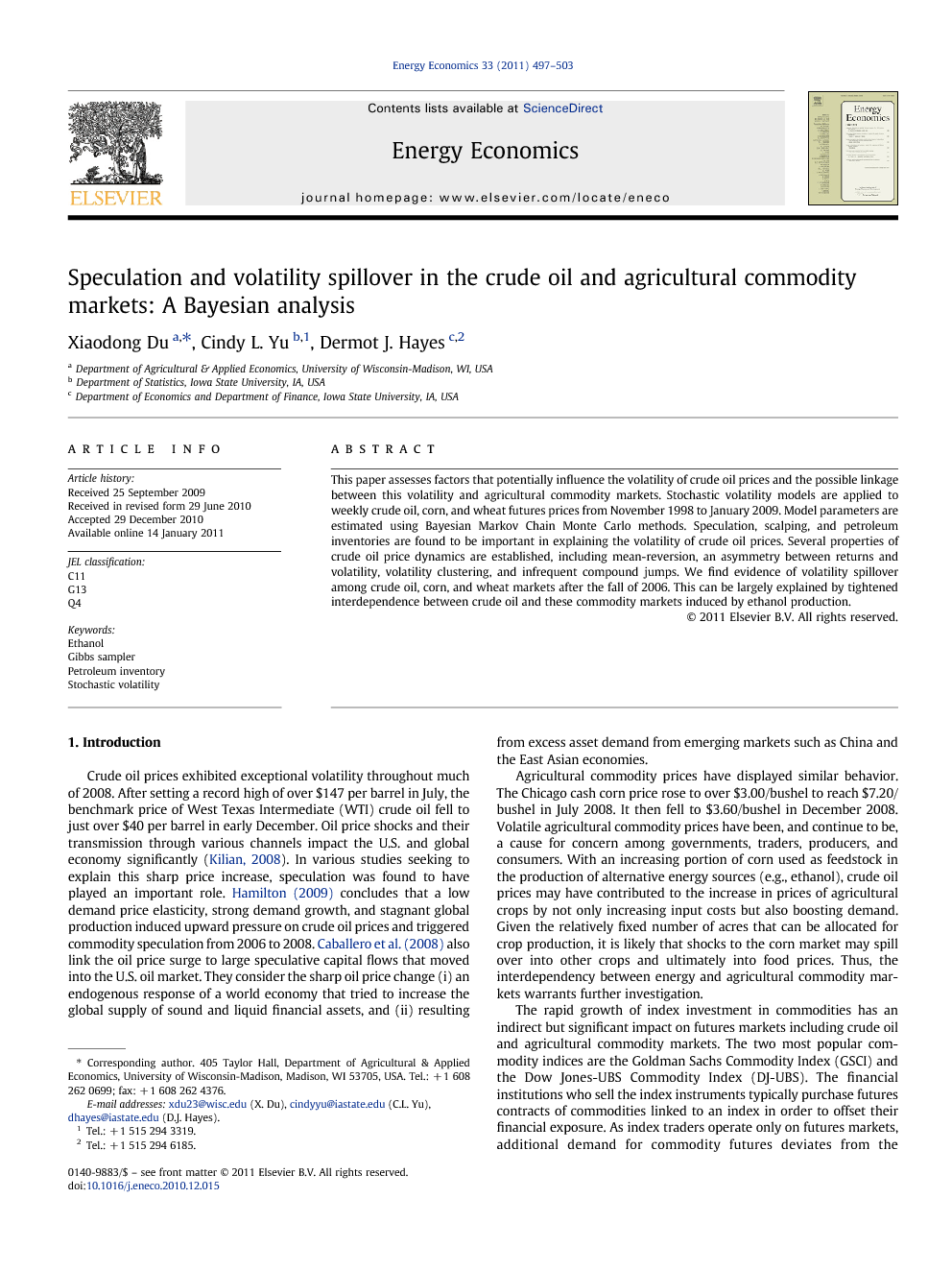 This paper assesses factors that potentially influence the volatility of crude oil prices and the possible linkage between this volatility and agricultural commodity markets. Stochastic volatility models are applied to weekly crude oil, corn, and wheat futures prices from November 1998 to January 2009. Model parameters are estimated using Bayesian Markov Chain Monte Carlo methods. Speculation, scalping, and petroleum inventories are found to be important in explaining the volatility of crude oil prices. Several properties of crude oil price dynamics are established, including mean-reversion, an asymmetry between returns and volatility, volatility clustering, and infrequent compound jumps. We find evidence of volatility spillover among crude oil, corn, and wheat markets after the fall of 2006. This can be largely explained by tightened interdependence between crude oil and these commodity markets induced by ethanol production.

In this study, we show that various economic factors, including scalping, speculation, and petroleum inventories, explain crude oil price volatility. Endogenizing these economic factors, the model with both diffusive stochastic volatility and Merton jumps in returns adequately approximates the characteristics of recent oil price dynamics. The Bayesian MCMC method is shown to be capable of providing an accurate joint estimation of the model parameters. Recent oil price shocks appear to have triggered sharp price changes in agricultural commodity markets, especially in the corn and wheat markets, potentially because of the tighter interconnection between these food/feed and energy markets and the increasing presence of commodity investments in the past three years.